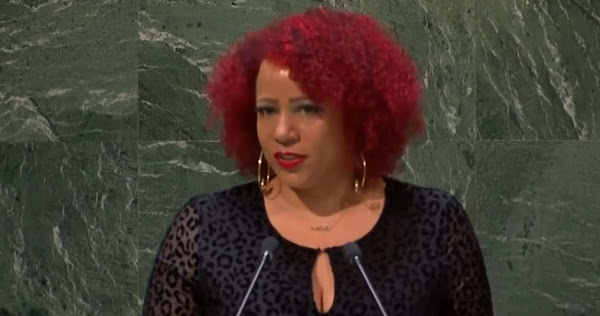 New York Times journalist, Nikole Hannah-Jones, spoke to the United Nations on the legacy of slavery in the US and globally.

As the keynote speaker at a United Nations commemoration marking the International Day of Remembrance of the Victims of Slavery and the Transatlantic Slave Trade the creator of The New York Times' 1619 Project, in the United States, spoke on the consequences of slavery.

Watch her speech below: 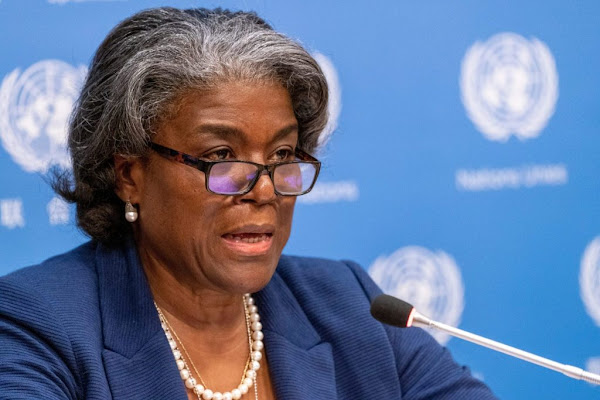 Linda Thomas-Greenfield, the U.S. ambassador to the United Nations said in an interview with James Menendez of BBC Newshour on Thursday that Russia has committed "war crimes" and that civilian attacks "cannot be justified."

Linda Thomas-Greenfield: You know, this is the question that we’re being asked every day, and we’re working with others in the international community to document the crimes that Russia is committing against the Ukrainian people. They constitute war crimes; there are attacks on civilians that cannot be justified by any – in any way whatsoever. I still see images of a women being rolled out of a hospital, pregnant, bleeding, people screaming, children crying. It is just unconscionable. And we call on Russia to change course. They have to end this conflict, and they have to stop the fighting, and they have to return to diplomacy. And we have made clear our strong support for Ukrainians’ call for this to stop. 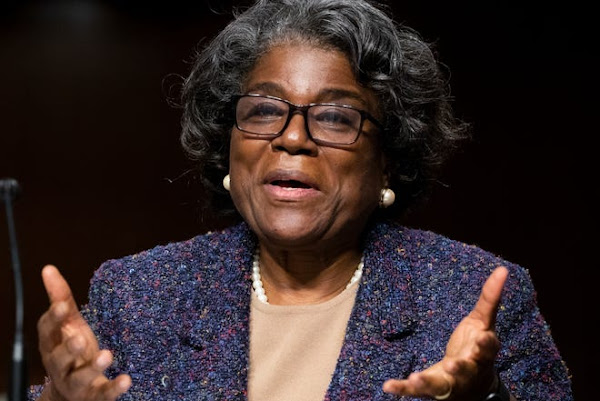 Senators voted 78-20 to confirm Thomas-Greenfield to the post, which will be a Cabinet-level position.

Thomas-Greenfield, a retired 35-year veteran of the foreign service who resigned during the Trump administration, will be the third African American, and the second African American woman, to hold the job. Her confirmation was hailed by Democrats and advocates of the United Nations, who had lamented the Trump administration’s unilateral approach to international affairs.

“This confirmation sends a message that the United States is back and that our foreign service is back,” said Rep. Karen Bass, D-Calif., who chairs a House Foreign Affairs subcommittee on Africa, global health and global human rights. “We as a country and as a world are safer with Linda Thomas-Greenfield serving as the United States ambassador to the United Nations.”

“We can count on Ambassador Thomas-Greenfield to work with international partners to confront our collective challenges head on, and play an active role in ensuring the U.N. evolves with the demands of our era as an essential forum for collective problem-solving and catalyst for global progress,” said Elizabeth Cousens, president of the United Nations Foundation, a private group that supports the world body’s endeavors. “Hers is the leadership America needs at the UN at this critical moment for the U.S. and world.” 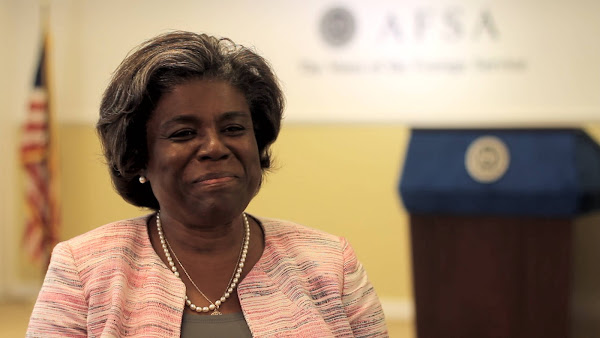 Ambassador Linda Thomas-Greenfield, a 35-year veteran of the U.S. Foreign Service who has served on four continents, will be nominated to serve as United Nations Ambassador and elevated the role to his Cabinet.

Retired Ambassador Linda Thomas-Greenfield, a career diplomat, is returning to public service after retiring from a 35-year career with the U.S. Foreign Service in 2017. From 2013 to 2017 she served as the Assistant Secretary for the Bureau of African Affairs, where she led the bureau focused on the development and management of U.S. policy toward sub-Saharan Africa. Prior to this appointment, she served as Director General of the Foreign Service and Director of Human Resources (2012-2013), leading a team in charge of the State Department’s 70,000-strong workforce.

Since 2017, Ambassador Thomas-Greenfield has led the Africa Practice at Albright Stonebridge Group, a strategic commercial diplomacy firm chaired by former Secretary of State Madeleine Albright. She was also the inaugural Distinguished Resident Fellow in African Studies at the Institute for the Study of Diplomacy from fall 2017 to spring 2019. She joined ISD in spring 2017 as a Senior State Department Fellow. Ambassador Thomas-Greenfield earned a B.A. from Louisiana State University and a M.A. from the University of Wisconsin, where she worked towards a PhD. She received an honorary Doctor of Law degree from the University of Wisconsin in May 2018.

Citing an unidentified State Department official, Politico reported Saturday that the White House blocked the renomination of Gay McDougall to the U.N. Committee on the Elimination of Racial Discrimination.

The official told the news outlet that the Trump administration did not nominate a replacement in time for the deadline, “[cementing] the narrative that the Americans just don’t care about these kinds of things anymore.”

McDougall was elected to the body in 2015. She told Politico: “I regret that I’m not able to continue, and that was not of my choosing.”

Posted by Councilman George L. Cook III at 10:39 AM No comments: 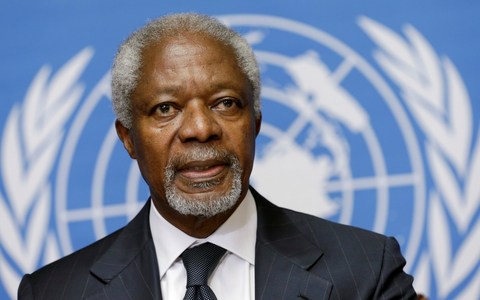 Kofi Annan, former United Nations Secretary General and Nobel Peace Laureate, has died. He was 80. A statement posted on his Twitter account said, Kofi Annan died after a short illness. "It is with immense sadness that the Annan family and the Kofi Annan Foundation announce that Kofi Annan, former Secretary General of the United Nations and Nobel Peace Laureate, passed away peacefully on Saturday 18th August after a short illness," the foundation said in a statement.

News agency Reuters says Kofi Annan died at a hospital in Bern, Switzerland, in the early hours of Saturday.

Kofi Annan was the first black African to take up the role of the world's top diplomat - United Nations Secretary General - serving two terms from 1997 to 2006. He later served as the UN special envoy for Syria, leading efforts to find a peaceful solution to the conflict.

He, along with the United Nations, received the Nobel Peace Prize in 2001 "for their work for a better organized and more peaceful world".

Posted by Councilman George L. Cook III at 10:22 AM No comments: 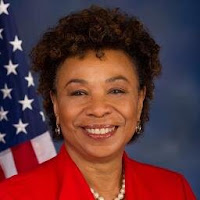 Congresswoman Barbara Lee of Oakland was nominated Tuesday by President Barack Obama to be a U.S. representative to the United Nations.

Lee, who represents California’s 13th congressional district and will continue her work in Oakland, said she was “deeply honored” to receive the nomination.

“It will be my goal as a Representative to the U.N. to help foster stronger ties, deeper bonds, and increase our commitment to the vision of the United Nations: a better world for all,” said Lee in a statement on her website.

The 68th session of the U.N., for which Lee will be a representative, will begin on Sept. 17 of this year. This session will include meetings on the Millennium Development Goals, resources for people with disabilities, nuclear disarmament and international migration and development.