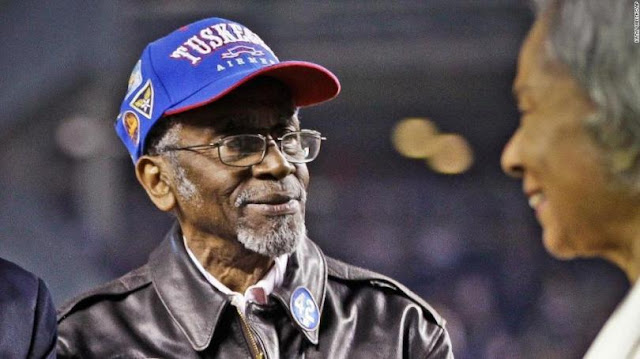 Wilfred DeFour, a member of the Tuskegee Airmen — an all-black squadron of World War II pilots that inspired African-Americans across the country — died in his Harlem home Saturday. He was 100.

DeFour was an aircraft technician for the famed squad, which got its name from the group’s training facility in Tuskegee, Ala.

During World War II, the pilots ran missions over North Africa, Sicily, and Italy. DeFour painted the tails of the aircraft from which the squadron drew its “Red Tails” nickname.

Just last month, DeFour was honored as a post office on Macombs Place in Harlem was renamed the Tuskegee Airmen Post Office Building.

DeFour worked as a postal employee for more than 30 years after his military service.

"We didn't know we were making history at the time,” DeFour, said during the renaming ceremony. “We were just doing our job."

Counting all pilots and support staff — from the mechanics to the cooks — roughly 20,000 men were part of what is considered the “Tuskegee experience.”

As of 2015, some 600 were still alive, according to the Tuskegee Airmen National History Museum in Detroit.