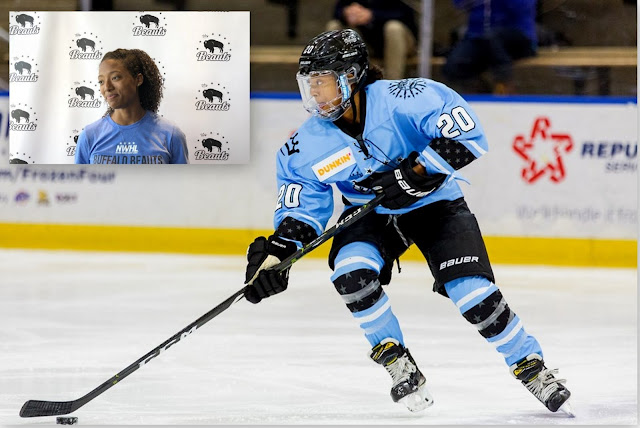 Posted by Councilman George L. Cook III at 9:33 AM No comments:

Three years ago, girls from the Hockey in Newark youth program were invited to meet the Princeton women’s hockey team.

During the visit, the girls, many of whom are members of minorities, were drawn to defender Kelsey Koelzer. Like them, Koelzer, who is African-American, played much of her youth in secondhand equipment and was raised by a single parent who struggled to accommodate the costly expenses of hockey.

The girls peppered Koelzer with questions. Koelzer was struck by the encounter, too; her mother, Kristine, still remembers her daughter talking about the effect the visit had.

Koelzer’s influence is expanding in her senior season at Princeton. In June, she was selected first overall by the New York Riveters in the National Women’s Hockey League draft. Koelzer is believed to be the first African-American player taken No. 1 by a top-tier American professional hockey league. Shortly after the historic pick, Sarah Nurse of Canada, who is also black, was selected in the second round by the Boston Pride.

Koelzer and Nurse, a forward at Wisconsin, are two of college hockey’s top players and rising stars in their national-team programs. With increased visibility, they recognize their capacity to motivate a generation of young girls from similar backgrounds.