Go tell it on the streets: Black lives also have to matter to blacks 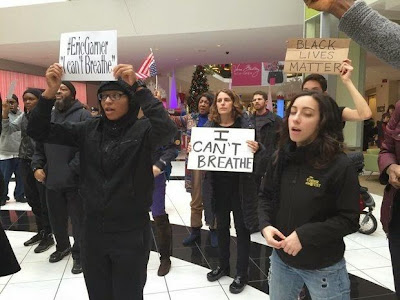 My wife and I had the privilege of attending a prayer service in Roselle, Dec. 29, for black men gunned down by police. There were many clergy and some elected officials from Roselle, Elizabeth, Hillside and Plainfield at the service, which was put together by the Rev. David Ford at the St. Matthew Baptist Church. I heard many great speakers discuss issues of special interest to the African-American community.

Because it was an open and honest dialogue, black-on-black crime was mentioned and our responsibility to address and deal with it were discussed.

Roselle Mayor Jamel Holley gave a great speech about the need for parents to step up, instill values in their children and value education. Myrtle Counts, president of the Roselle NAACP, gave an impassioned speech that, yes, black lives matter, but they must also be of value to us as African Americans.

The Rev. Ford mentioned not wanting to live in a world without police, but wanting to have a good and respectful police corps. I heard Councilwoman Rev. Tracey Brown of Plainfield lament the fact that she had made more than 100 eulogies in 2014, and most of those were for young people.

As I looked around, I saw the nodding heads and heard the “Amen”’s and shouts of “Yes!” But I also noticed something else: As great as the speakers were, the message they were delivering didn't need to be given to the 50 or so people in the church. They were preaching to the choir.

What good is a great and possibly life-saving message if the people who need to hear it don't hear it?

We as elected officials, clergy and community leaders need to take the message that “Yes, black lives matter, but they have to matter to us African Americans, too,” from the churches and meeting halls to the streets. Delivering that message won't be easy, but nothing worth doing ever is. I don't pretend to have all the answers on how to do that, but if we all work together, I'm sure we’ll find a way.

It's imperative that we get out there and deliver that message. As an elected official, I'm ready to do my part and hope that others will do the same. Our children's lives depend on it.

The opinions expressed here are mine and do not reflect the opinions of the entire Hillside NJ Board of Education.

Op-ed published by The Times of Trenton: http://www.nj.com/opinion/index.ssf/2015/01/opinion_go_tell_it_on_the_streets_black_lives_also_have_to_matter_to_blacks.html#incart_river