The legendary Ernie Banks, Mr. Cub, passes away at 83 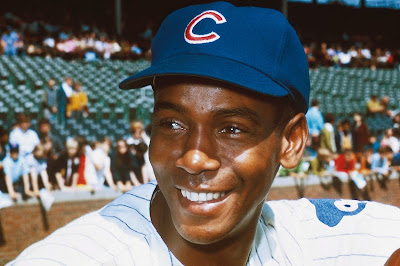 [SOURCE] Baseball great Ernie Banks died Friday in Chicago, according to Mark Bogen, who represents the Banks family. Banks’ wife, Liz, will hold a news conference at noon Sunday. He would have been 84 next Saturday.

Banks, a former star in the Negro Leagues, came to the Cubs after being signed by former scout Buck O’Neil. Banks became the first black player in Cubs history and made a quick impression, hitting .314 with a double, triple, two home runs and 6 RBI in 10 games during a brief stint in 1953. The next season, the baseball world took notice. Banks started all 154 games at shortstop in 1954 and finished second in Rookie of the Year voting.

The Cubs erected a statue honoring Banks near the corner of Clark and Addison and unveiled Wrigley Field’s new landmark at the start of the 2008 season. The statue has become a must-see stopping spot for camera-toting tourists, and Banks was overwhelmed with pride.