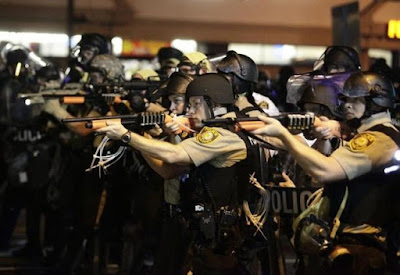 Police antagonized crowds gathered to protest in Ferguson, violated free-speech rights and made it difficult to hold officers accountable, according to a U.S. Department of Justice report summary obtained by CBS News.

The summary cited "vague and arbitrary" orders to keep protesters moving that violated their rights of assembly and free speech. It is part of a longer "after-action" report to be delivered this week to top police officials in Ferguson, St. Louis city and county and the Missouri State Highway Patrol.

The summary suggests that unrest that followed the shooting of 18-year-old Michael Brown was aggravated by the community's hostility toward Ferguson police and worsened when authorities didn't quickly divulge details of his death, the newspaper reported Tuesday.

"Had law enforcement released information on the officer-involved shooting in a timely manner and continued the information flow as it became available, community distrust and media skepticism would most likely have been lessened," according to the document.