Bernie Sanders: African-Americans will like me when they learn my record 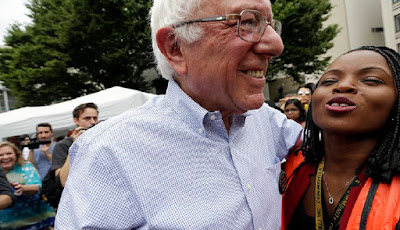 Sen. Bernie Sanders, I-Vt., said Sunday that while he may be trailing among minority voters in the race for the Democratic presidential nomination, that would change as soon as those voters learned more about him.

"When the African-American community becomes familiar with my congressional record and with our agenda and with our views on the economy and criminal justice, just as the general population has become more supportive, so will the African-American community, so will the Latino community. We have the momentum. We are on a path to victory," he said during the Democratic debate Sunday evening.

Read more: Sanders: African-Americans will like me when they learn my record