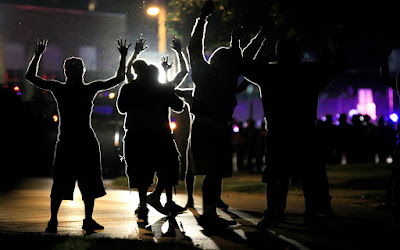 Charges have been dropped against six activists who were arrested during a protest in Ferguson, just as their trial was about to begin. The case was expected to include allegations of police brutality, claims of missing evidence and discussions about the shortcomings of body cameras.