Vixen: The black superhero show you didn't know about 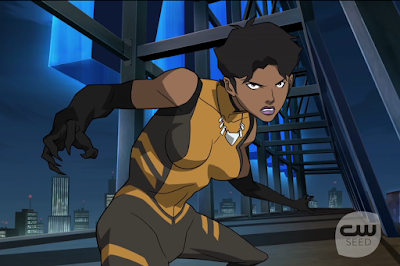 You probably haven't heard of Vixen a show that airs on on CW Seed. The show features a black female superhero from Detroit via Africa.

It is based on the DC Comics character Mari McCabe / Vixen, a costumed superhero crime-fighter with the power to mimic the abilities of any animal that has ever lived on Earth. The series is set in the Arrowverse, the same fictional universe as Arrow, The Flash, and Legends of Tomorrow. The six-episode series concluded on September 29, 2015. On January 10, 2016 it was announced that The CW renewed Vixen for a 7 episode second season, set to premiere in 2016.