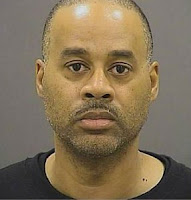 A Baltimore police officer charged with murder in the 2015 death of black detainee Freddie Gray waived a jury trial on Monday and will be tried by a Maryland judge instead.

Officer Caesar Goodson Jr., 46, drove the police van in which Gray broke his neck and is the third officer to face trial for his death. The April 2015 incident triggered protests and rioting and fueled a U.S. debate on police treatment of minorities.

Prosecutors are still seeking a conviction in the high-profile case, with two trials ending in a mistrial and an acquittal.

Tim Maloney, a Maryland lawyer who has handled police misconduct cases, said a bench trial was a good move on Goodson's part since there was a lot of pressure on jurors in the majority black city to convict someone.