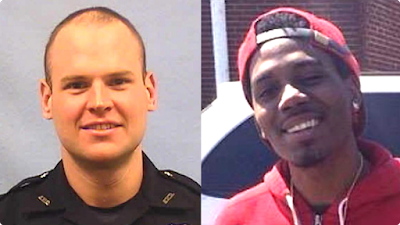 A white former Atlanta police officer was charged on Friday in the shooting death of an unarmed black man who he said was fleeing the scene of a crime and put his life in danger, claims that were refuted by investigators, a prosecutor said.

The charges come amid national unrest and Black Lives Matter protests over the deaths of two black men in Minneapolis and Baton Rouge at the hands of white officers and a national debate about race and the use of force by police.

James Burns, who was fired from the Atlanta Police Department on Tuesday, was charged in Fulton County with felony murder, aggravated assault with a deadly weapon and two counts of violation of his police oath, the Fulton County District Attorney’s Office said in a statement.

District Attorney Paul Howard said he had requested an arrest warrant to be issued for Burns. It was unclear late on Friday if Burns had turned himself in to police.

Burns responded to a call about a suspected burglar breaking into cars on June 22. When he arrived at the scene, Devaris Caine Rogers, 22, jumped into a car and began to drive, an investigation report said.

Burns said Rogers drove toward him and that he fired into the vehicle because he thought he was in danger. Investigators said they found that Rogers made no attempt to strike Burns with the car he was driving and that Burns was never in danger.