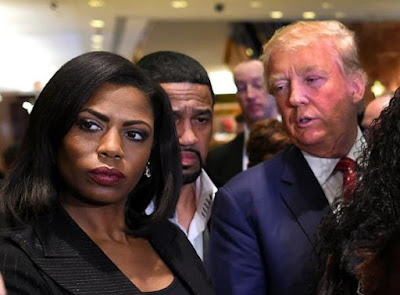 It should be no surprise that despite Donald Trump's rhetoric that "the blacks love him" polls show he will only get 2% of black voters in November's presidential election. The man has done done everything possible not to get the black vote.

In my belief the only reason Trump is polling so low with black voters is because he doesn't care about black voters or want their votes. Here are six reasons why I believe that to be so.

1. Donald Trump has refused to speak to African American organizations such as the NAACP and the National Urban League unlike John McCain, Mitt Romney and George W. Bush. These civil rights organizations are the end all be all when it comes to getting the black vote but not speaking to them says volumes.

2. Donald Trump has refused tp speak with black media, radio, newspapers, television, etc. Listeners of know the Joe Madison radio show know that there is an open invitation for Trump to show up and discuss his political viewpoints, all he has to do is have someone pick up the phone and call in. People who watch Roland Martin on NewsOne know that there is a similar invitation for Trump to go on that show. Both shows reach millions of black voters, but both shows have host who call people on their BS so that may be why Trump avoids them.

3. Donald Trump has not made visits to black neighborhoods. I don't mean flying into a city on his private jet to make a speech and then high-tailing it home. I mean going to black churches, barbershops, and restaurants where black voters are. I guess he's scared he may have to kiss some black babies.

4. When Donald Trump does decide to reach out to black voters he for some reason thought he could do it through black pastors who preach the prosperity gospel. Yup, the genius thought that a bunch of pimps in the pulpit could sway black voters.

5. He picked a former reality show star, Omarosa Manigault to be head of his outreach to African American voters. That one is self-explanatory.

Is there still any real doubt that Donald Trump doesn't give a damn about African Americans?