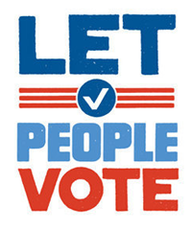 It's been a tough few weeks for Republican attempts at voter suppression. When forced to defend their blatant attempts to keep minority voters from the polls in court Republicans are failing miserably. Recently we have seen voter ID laws struck down in Wisconsin and North Carolina, and now you can add Kansas, Alabama, and Georgia to that list. George L. Cook III AfricanAmericanReports.Com

A U.S. Court of Appeals on Friday blocked an effort by Alabama, Georgia and Kansas for voters to furnish proof of citizenship when registering at the polls, which opponents say disenfranchises voters, especially minorities.

The decision effectively strikes down a rule that requires voters in the three states to provide proof they are United States citizens. Elsewhere, voters only need swear that they are citizens in order to cast a ballot.

"With just weeks to go before a critical presidential election, we are grateful to the court of appeals for stopping this thinly veiled discrimination in its tracks," Chris Carson, president of the League of Women Voters, which had sued to block the new requirements, said in a statement.

The Appeals Court of the District of Columbia said the League of Women Voters had shown there would be irreparable harm if the rule was permitted, and had also shown it was likely to win the case on its merits.

It ordered any voter applications filed since Jan. 29, 2016, to be treated as if they did not contain the proof of citizenship instructions.

Alabama and Georgia, which passed provisions several years ago, have not implemented their laws while at least 20,000 voters in Kansas, where the law took effect in 2013, have been blocked from registering to vote, the League's lawyers say.

Posted by Councilman George L. Cook III at 10:14 AM