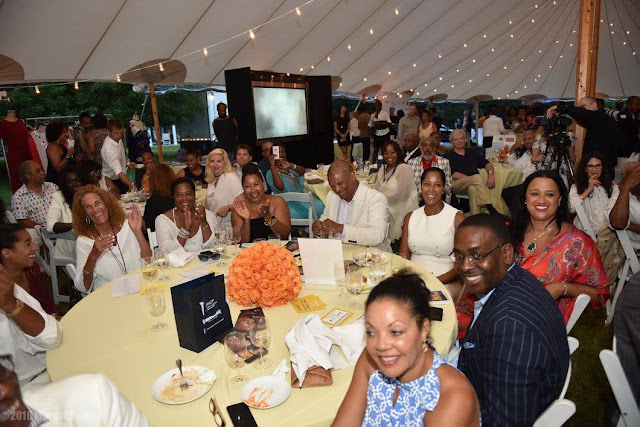 (Black PR Wire) More than $300,000 was raised at the recent United Negro College Fund (UNCF) “A Mind Is…” Hamptons Summer Benefit, hosted by UNCF New York. Derek Jones, managing director, GMC Grosvenor Private Markets; Cathy Hughes, founder and chairperson, Radio One; and Reginald Hudlin, president, Hudlin Entertainment, were honored with the “Keepers of the Flame” award for being champions of diversity and education.

“Where else can you come together to help send kids to college in such elegant surroundings,” said Lomax. “With the generosity of all of you—our community—UNCF has invested almost $2 million in college scholarships for New York students and millions of dollars in cash support and assistance for our 37 member HBCUs and the almost 1,300 New York students who attend them.”

SiriusXM, World Bride Magazine, The Independent and WEAA 88.9 FM served as the media partners for this prestigious event.

“The status and the money that I have been blessed with in this life…is so I can reach back and help some other black children who are just like me,” said Hughes. “That’s the story of UNCF—you reach back.”