US Navy ship to be named after Sojourner Truth 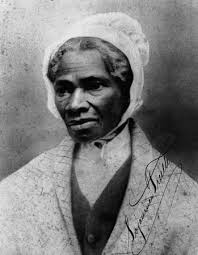 Secretary of the Navy (SECNAV) Ray Mabus announced Sept. 19, that the next ships of the next generation of fleet replenishment oilers will be named USNS Lucy Stone (T-AO 209) and USNS Sojourner Truth (T-AO 210).

Both T-AO 209 and T-AO 210 are part of the John Lewis-class of ships named in honor of U.S. civil and human rights heroes.

"It is important to recognize and honor those who have strived to fulfill the promise laid out in our Constitution - 'to form a more perfect union," said Mabus, "those who fought--in a different way--for the ideals we cherish as a nation: justice, equality and freedom. Both Lucy Stone and Sojourner Truth fought relentlessly for all human rights."

Lucy Stone, a native of West Brookfield, Massachusetts, was a prominent 19th-century abolitionist, suffragist and a vocal advocate for women's rights.

Stone convened the first National Women's Rights Convention and assisted in establishing the Woman's National Loyal League to help pass the 13th Amendment and abolish slavery, after which she helped form the American Woman Suffrage Association, an organization dedicated to winning women the right to vote.

Sojourner Truth was an African-American abolitionist and women's rights activist. Born into slavery in Swartekill, New York, she escaped with her infant daughter to freedom in 1826.

Born Isabella Baumfree, she gave herself the name Sojourner Truth in 1843.

Widely recognized as a great orator and advocate of civil rights and equality for all, Truth died in 1883 at the age of 86.

The future USNS Lucy Stone and USNS Sojourner Truth will be operated by Military Sealift Command and provide underway replenishment of fuel and stores to U.S. Navy ships at sea and jet fuel for aircraft assigned to aircraft carriers. Construction is expected to begin on the Lucy Stone in 2021 and on the Sojourner Truth in 2022.