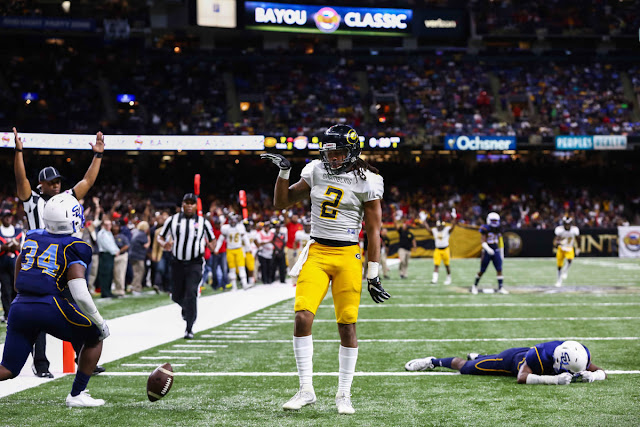 Grambling left no room for doubt about who was the best team on the Mercedes-Benz Superdome turf for Saturday's 43rd Bayou Classic.

Grambling gashed Southern and its previously stingy defense for 571 yards. It forced a pair of critical early turnovers against a Jaguars unit that had taken great care of the ball all season and kept an explosive Southern offense largely at bay.

Most importantly, Grambling snapped Southern’s eight-game winning streak and extended its own to nine, punching its ticket to the Southwestern Athletic Conference championship game and ending Southern’s season with a 52-30 win.

Read more: Grambling surges past Southern in the second half to win Bayou Classic 52-30

Posted by Councilman George L. Cook III at 11:42 AM