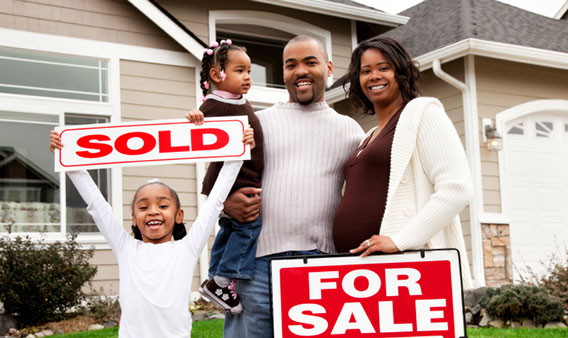 Metropolitan Atlanta’s second-largest bank also pledged to increase the diversity of its home lending sales team and spend another $15 million to give financial education and counseling over the next 10 years.

The announcement came at a recent press conference in Atlanta that was attended by representatives from several organizations including the National Urban League, the NAACP and the National Newspaper Publishers Association – an organization comprised of 211 African-American-owned newspapers and media companies.

“The National Newspaper Publishers Association enthusiastically salutes Wells Fargo Home Mortgage Division for taking steps forward to promote and to advance African-American homeownership,” said NNPA President and CEO Dr. Benjamin F. Chavis, Jr. “As we conclude celebrating 2017 Black History Month, it is aspirational for Wells Fargo to offer $60 billion in loan accessibility specifically for African-Americans who want to purchase and own a home.”

Chavis continued: “This is unprecedented in the mortgage lending space in the United States. Millions of African-American families will now be able to strive more effectively to own a home. This is also about economic justice.”

Chavis said that the NNPA intends to work directly with Wells Fargo to raise public awareness about this new initiative to substantially assist African-Americans to be homeowners across America.”

Further, officials said the company’s commitment seeks to increase the diversity of the Wells Fargo Home Lending sales team, and support the effort with $15 million to support a variety of initiatives that promote financial education and counseling over the next ten years.

“Wells Fargo’s $60 billion lending goal can contribute to economic growth by making responsible homeownership possible for more African-Americans in communities across the country,” Brad Blackwell, executive vice president and head of housing policy and homeownership growth strategies for Wells Fargo, said in a statement. “We are proud to be the first mortgage lender to make a public commitment to help increase African-American homeownership. And, we are grateful for the support of key housing and civil rights organizations, who work alongside us to increase economic prosperity in our communities,” Blackwell said.

The company has also pledged to continue to improve diversity of its sales team, including increasing the number of Black home mortgage consultants, noting that they’ll dedicate $15 million to support a variety of initiatives that promote financial education and counseling for African-American homebuyers.

“Homeownership has become an indispensable part of being a full participant in American society,” National Urban League President and CEO Marc H. Morial said in a statement.

Morial continued: “An erosion of homeownership rates among African Americans represents not only a devastating financial loss but a barrier to full participation in the American dream.”