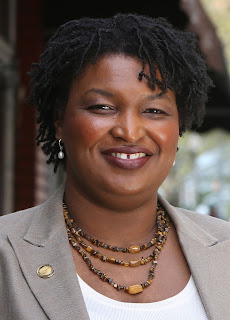 Stacey Abrams, a Georgia politician who embodies what many progressives argue is the future of the Democratic Party, is set to began what she hopes is a history-making campaign Saturday, when she plans to officially announce her candidacy for governor of the Peach State.

The 43-year-old Democratic leader of the Georgia State House, who enters as the front-runner for her party’s nomination, is aiming to become the first African-American woman to be elected governor in U.S. history. Abrams is widely considered to be one of the most skilled and savvy political leaders in the state legislature and aims to replace term-limited Gov. Nathan Deal (R), who has served since 2011. But it won’t be easy: no Democrat has won statewide office in Georgia since 2006, and just 11 black women have ever been elected to statewide positions nationwide.

Abrams, a Yale-trained lawyer and business executive who writes romance novels on the side, has an army of supporters who are eager to prove that Democrats can win if the party puts its energy into growing its base among the increasingly diverse state population rather than fretting over white swing voters.