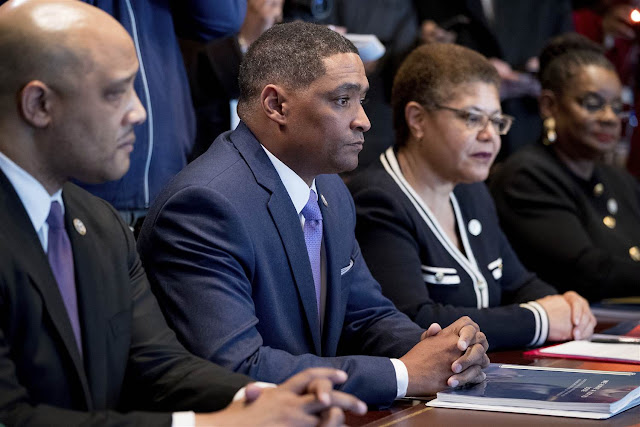 UPDATE: The Congressional Black Caucus turned down an invitation to meet with President Donald Trump, telling him Wednesday they believe their concerns are falling on "deaf ears" at the White House and his policies are devastating to the millions of Americans in the nation's black communities: Read more here:CBC turns down Trump invitation

Almost three months after President Trump tried to mend fences with African American members of Congress at the White House, Mr. Trump is once again trying to restart talks with the Congressional Black Caucus (CBC).

Mr. Trump's adviser Omarosa Manigault sent a letter to the CBC on June 9, inviting all members of the CBC back to the White House for a follow up meeting to "discuss issues pertinent to your members."

A source inside the CBC was skeptical about the latest invitation, saying, "We're willing to engage with the president, but it has to be a substantive policy discussion, not a photo op."

"The caucus has been quite clear that the policy proposals of this administration, from cutting early childhood education funding to dismantling the Affordable Care Act, would cause great harm to African American communities across the nation," the source added.

Presidents of Historically Black Colleges and Universities (HBCU) met with Mr. Trump at the end of February, when he signed an executive order that moved an HBCU task force into the White House from the Department of Education.

The college presidents sought a 5 to 10 percent increase in funding for black schools during the meeting. But Mr. Trump's recently released budget proposal revealed no new funding for the schools, despite signals otherwise.