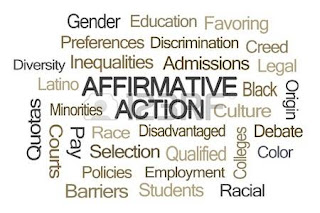 The NAACP, the country’s original and largest social justice organization denounces the U.S. Department of Justice’s plans to investigate and sue higher education institutions whose admission policies promote the inclusion of people of color. The NAACP issued the following statement.

Trump’s Justice Department seems laser-focused on achieving rights and privileges for ‘just-us’; totally excluding people of color. It’s not enough that President Trump proposes to radically cut the 2018 education budget and undermine public schools which would adversely affect African-Americans and his supporters alike, but now his Administration is preparing to investigate and prosecute colleges and universities that strive to admit more people of color.” said Derrick Johnson, interim president and CEO. “Affirmative action was not created as a way for African-Americans, Latinos, or Asian-Americans to get an unfair advantage over their white peers. It’s a mechanism to level the playing field and create equal opportunity for people of color following decades of oppression. We should foster efforts to promote diversity on college and university campuses not hinder it.”

“The Supreme Court has ruled time and time again that affirmative action policies are consistent with our Constitution. For the Justice Department to even suggest otherwise is not only disrespectful to the highest court in the land, it’s un-American and plain ol’ nasty,” said Leon Russell, chairman of the NAACP board of directors. “Practices like investigating universities and colleges for affirmative action policies continue to demonstrate that President Trump is wholly disinterested in the prosperity of black people. The NAACP counts education as one of the essential elements African-Americans — and all Americans – need to achieve a healthy community. The Justice Department’s covert decision to make higher education more difficult for African-Americans to attain is underhanded and won’t be tolerated.”