'Nobody kill anybody': Baltimore activist hopes for homicide-free weekend 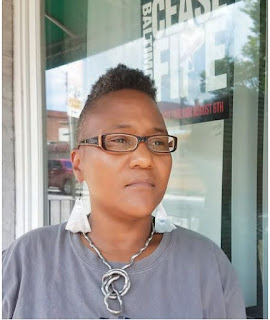 Baltimore activist Erricka Bridgeford's message is simple: Nobody kill anybody for 72 hours.

That's a lot to ask for in a city on pace to record its highest annual homicide toll, a place still reeling from the racially-charged riots that followed the 2015 death of Freddie Gray at the hands of police.

So Bridgeford and other community leaders have been hitting the streets of West Baltimore, urging drug dealers and gang members to put their guns down from Friday through Sunday.

"This is about a culture shift," she said. "It's about helping people realize they have a choice in their decision-making. Not just about committing violence but about feeling hopeless that there's nothing we can do about the level of violence in our communities."

With 208 homicides so far this year -- compared with 318 for all of 2016, according to a tally by The Baltimore Sun -- and police-community relations stretched thin, some residents doubt the ceasefire will be successful. Others see it as a way to start taking back control of crime-plagued neighborhoods.

Read more: 'Nobody kill anybody': Baltimore hopes for homicide-free weekend