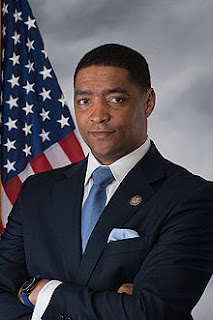 “Attorney General Sessions continues to show us again and again who he is and what he is about.

“In January of this year, the CBC expressed grave concerns about the nomination of then Senator Sessions to the post of attorney general because of his decades-long record of hostility to civil rights and equality issues. The New York Times report that the Department of Justice (DOJ) is planning to use tax payer funds to expand its current assault on communities of color is more proof that our concerns were well-founded. In fact, with each passing day of the Trump Administration, the CBC’s worst fears about Attorney General Sessions are quickly becoming reality.

“Instead of standing up for himself to a president who called him ‘very weak’ and ‘beleaguered,’ Attorney General Sessions has chosen to pick on minority students who are in pursuit of a college education, opportunity, and the American Dream. In doing so, he’s appealing to the lowest common denominator in our country, people who wrongly believe that minority students who benefit from efforts to promote diversity and equality are ignorant, undeserving, and unqualified.

“In Fisher v. University of Texas, the Supreme Court held that colleges and universities had a ‘lawful’ and ‘compelling interest’ in including racial diversity as a part of their mission because of the ‘educational benefits that flow from student body diversity.’ The court also held that race could be considered along with merit-based criteria in admissions decisions. Now, Attorney General Sessions wants to turn back the clock to the darker days in our history when minority students couldn’t get into the schools of their choice because of racist admissions practices.

“In addition to this attack on Affirmative Action, Attorney General Sessions has taken steps to increase voter suppression, promote private prisons, revive the failed war on drugs, and incentivize mass incarceration, which hurts families and communities. The CBC is strongly opposed to these efforts and will continue to push back on DOJ’s obvious attempts to limit the rights of communities of color.”