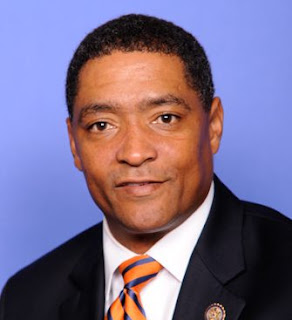 Cedric Richmond, the chairman of the Congressional Black Caucus (CBC) ripped the Trump administration's move on Friday to roll back an Obama-era program that oversees and rates how police officers work with members of the communities they serve. The move was made just hours after a St. Louis cop was found not guilty in the murder of Anthony Lamar Smith

“This is yet another example of what the black community has to lose under this administration," Rep. Cedric Richmond (D-La.) said in a statement.

“In the midst of protests in St. Louis, Mo., in response to the acquittal of a cop who killed a 24-year-old African-American man, the Trump Justice Department is gutting an important federal program that is focused on restoring trust between communities and police departments and monitoring progress in this area," Richmond added.

The initiative was created under former President Barack Obama and allowed police departments and cities to seek federal help on various issues, including police shootings and alleged brutality.