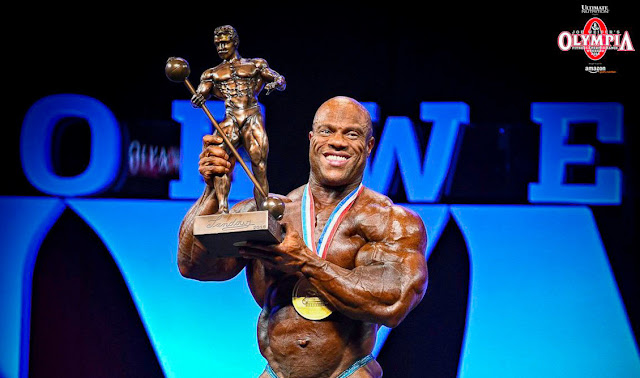 Love him or hate him, the king stays on top. Phil Heath has won the 2017 Mr. Olympia making this his 7th consecutive Mr. Olympia contest. Heath is now tied with bodybuilding legend Arnold Schwarzenegger for second most Mr O victories. While many question Heath's gut and feel he was not in his best shape the judges felt that he did just enough to edge out Big Ramy. The question now becomes can he catch Ronnie Coleman and Lee Haney who both won eight consecutive Mr. O victories and maybe eventually pass them or will Big Ramy finally live up to the hype and beat him next year.

But that's a story for next year.