NBA champions Golden State Warriors to visit with D.C. students instead of Trump 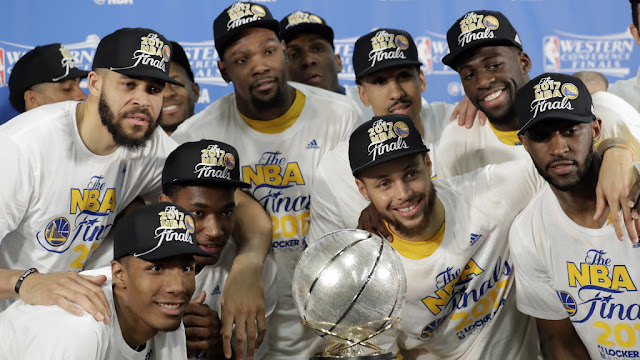 The NBA champion Golden State Warriors will spend next week's trip to Washington, D.C., visiting local children after the team was disinvited (although the team had said they weren't going???) from the White House by President Trump.

The team told ESPN that the players plan to attend a small event closed to media with local D.C. children during their visit to the nation's capital, though details of the event were not readily available.

"It's their championship. They got disinvited to the White House, so it's up to them what they wanted to do. So they made their plans," Warriors head coach Steve Kerr told ESPN. "I want the players to have a good day and to do something positive and to enjoy what they're doing."

The event was decided on after the team received invitations from Democrats such as Mayor Muriel Bowser and House Minority Leader Nancy Pelosi (Calif.) to visit the U.S. Capitol. But the Warriors decided not to politicize their visit to Washington.

"At the end of the day, it's about us celebrating a championship, so there's no point in getting into the political stuff and all that," forward Draymond Green told ESPN. "It's about something we did great. Why make it about [politics]?"