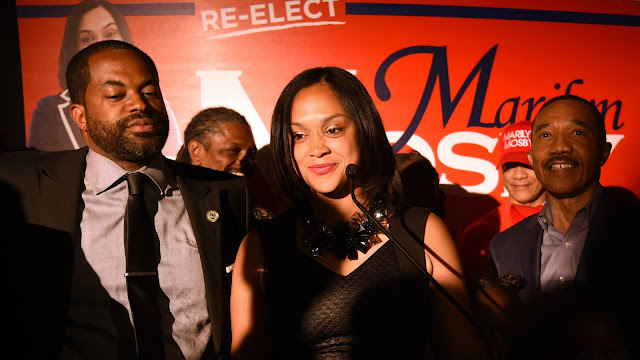 With 90 percent of precincts counted at 11 p.m., Mosby was leading with about half the nearly 71,000 votes cast. Bates, 49, was in second, and Vignarajah, 41, trailed both. Vignarajah conceded.

In heavily Democratic Baltimore, winning the party’s primary is tantamount to election. No one from another party filed to run in the general election, so Mosby will be the only candidate listed on the ballot in November.