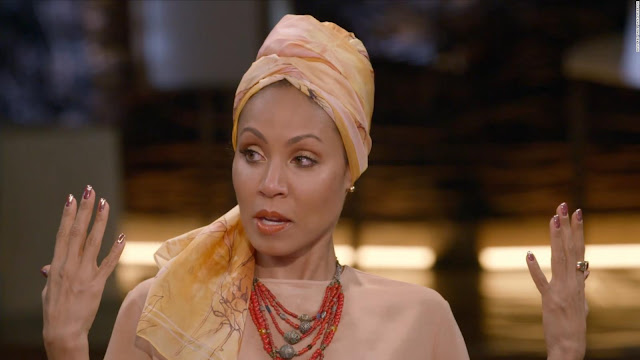 Jada Pinkett-Smith's testimony about losing her hair has brought attention to the fact that up to 47% of African American women experience hair loss. Experts from Headcovers Unlimited discuss how Pinkett-Smith's revelation will make a difference for other women.
In a May episode of “Red Table Talk,” Jada Pinkett Smith opened up about her recent hair loss, starting a conversation about an issue that is shockingly common, but rarely discussed: alopecia among African-American women.
“Well, I’ve been having issues with hair loss," said Pinkett Smith. "It was terrifying when it first started. I was in the shower one day and then… just handfuls of hair, just in my hands.”
Pinkett-Smith shared her fears, insecurities and treatment plan with her audience.
“It was one of those times in my life where I was literally shaking with fear,” said Pinkett-Smith. “That's why I cut my hair and continued to cut it.”
Despite multiple tests, it is yet unknown why Pinkett Smith's hair is falling out. There are many reasons for unexpected hair loss in women; hypothyroidism, changing hormones, vitamin B deficiency, protein deficiency, anemia, physical trauma, emotional stress, and autoimmune diseases such as lupus are all common culprits. According to some doctors, it is likely that Pinkett Smith has alopecia.
“The term alopecia by itself really just means hair loss, and there are different kinds of alopecia,” said Danielle Yates, president at Headcovers Unlimited, a company that has been designing headwear and wigs for women with hair loss for over 20 years. “Based on our clients, it does seem like alopecia is more common in black women, especially traction alopecia.”
Traction alopecia is caused by tight hairstyles that pull the hair and cause it to fall out. Because of the hair routines of African-American women, such as perming, weaves, and braids, they are much more susceptible to traction alopecia, Yates explained.
According to a 2016 study conducted by Boston University, alopecia is indeed very common among black women. After surveying almost 6,000 black women, the study found that over 47% had experienced hair loss. While traction alopecia was a large cause for hair loss among African-American women, the most common cause was central centrifugal cicatricial alopecia (CCCA), a scarring alopecia in which inflammation of the scalp permanently destroys the hair follicles and replaces them with scar tissue. It usually causes hair loss on the crown, or the top of the head. This type of alopecia is overwhelmingly most common among black women. However, despite the large percentage of black women with hair loss, only 8% had sought treatment from a doctor.
“I think a lot of women feel embarrassed or ashamed by their hair loss, especially when its unexpected.” said Yates. “That, and a lack of knowledge about hair loss, are the big reasons why women don't seek treatment.”
Yates is hopeful that Jada Pinkett Smith's announcement will help change the way women think about alopecia.
“Jada is bringing awareness to this problem that affects so many women, but no one really talks about,” Yates said. “She's showing other women that its okay to feel afraid and insecure, but that hair loss is nothing to be ashamed of. She's telling them that they're not alone, and that losing their hair doesn't make them less than.”
It is significant that Pinkett Smith is seeking treatment, claimed Yates.
“Regardless of why Jada Pinkett Smith is losing her hair, the fact that she's seeing doctors and going through a treatment plan is letting women know that there are treatments for alopecia,” said Yates. “A lot of women don't know that this is an option. Seeking treatment is a good idea if their alopecia is causing scalp pain, as it often does with CCCA.”
Yates warned that women should be cautious about the treatment options they seek. “There are any number of snake oil treatments out there for hair loss. For whatever reason, hair loss seems to be a target for shady individuals who promise a miracle cure.” She recommends seeking treatment from a licensed dermatologist. “If it sounds too good to be true, it probably is,” she said.
In the past months, Pinkett Smith has been wearing scarves, turbans, and head wraps to cover up her hair loss.
“When my hair is wrapped I feel like a queen. I love having a wrapped head,” Pinkett Smith said of her latest fashion choice.
Yates believes that Pinkett Smith will become an inspiration and style icon to thousands of women with hair loss.
“[Pinkett Smith] is using her hair loss as an opportunity to up her style game. She's taking something negative and putting a positive and fun spin on it, and I think tons of women with hair loss will be mirroring her look soon,” said Yates. “She's also showing how fashionable scarves can be, which is great for women without hair loss, too. Wearing a headwrap in between stress-inducing hair styles can help prevent traction alopecia, and they look so elegant, as we can see on Jada!”
Sources:
https://www.headcovers.com/resources/hair-loss/
https://www.facebook.com/redtabletalk/videos/568229626909850/
https://www.aad.org/media/news-releases/hair-loss-in-african-american-women