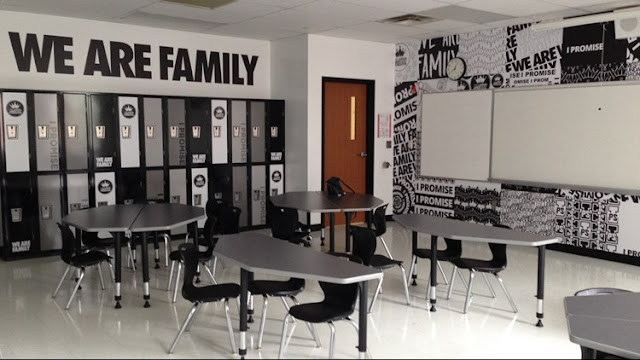 Feel free to criticize Lebron James, the NBA superstar about his game or going from team to team, but one thing you can't do is criticize Lebron James the MAN and the ACTIVIST! Other people talk "stuff," Mr. James does "stuff" to help black and brown underprivileged children succeed in life. You can't be mad at that.

LeBron James expects Monday to be one of the greatest moments of his life as his LeBron James Family Foundation and the Akron (Ohio) Public Schools launch a new elementary school for at-risk children in his hometown.

The I Promise School is the culmination of nearly a decade of work by James' foundation, with its focus on educating children from challenging situations or backgrounds. The school will begin with two grades, third and fourth, with plans to expand in the coming years.

James' life was turned around between fourth and fifth grade, when he had perfect attendance, thanks to the intervention of the Walker family. In 1993, the Walkers took James in and encouraged his education at a city school in Akron.

James is now trying to act in that role by donating millions to the project and securing support from corporate and educational sponsors.

The I Promise School has a longer school day and longer school year. More than 40 staff members will attempt to accelerate the development of children who qualify for the program based on performance and socioeconomic factors.

For those who complete the program, which has been operating for years, James has arranged for free tuition to the University of Akron starting in 2021. He has also created a program for parents of the at-risk children to return to complete their high school educations and has planned an institute to help prepare high-school-age students for college.

In all, James and his foundation leaders hope that more than 1,200 children will pass through the program and into college by 2029.