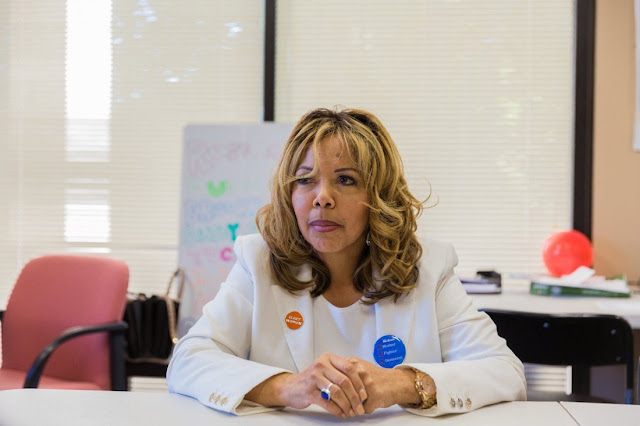 Lucy McBath, the mother of a slain teen Jordan Davis running on a gun-control platform has won a long held Republican House seat that Georgia Republicans held onto just last year in what was then the nation's most expensive congressional race.

"Absolutely nothing – no politician & no special interest – is more powerful than a mother on a mission," she said.

McBath became a spokeswoman for the Everytown for Gun Safety group after her son was slain in a Florida shooting. McBath made gun control a key issue. Her 17-year-old son, Jordan Davis, was fatally shot at a Florida gas station in 2012 by a white man, Michael Dunn who was angry over the loud music the black teenager and his friends had been playing in their car.

A jury rejected Dunn's self-defense claim and convicted him of first-degree murder. He was sentenced to life in prison in 2014.

McBath, a former flight attendant, told Elle Magazine she decided to run for office to make a difference on her son's behalf. She said she wanted to work to strengthen gun control especially after the February mass shooting at Marjory Stoneman Douglas High School in Parkland, Florida.

McBath's margin of victory was narrow enough for Handel to have requested a recount. The Associated Press declared McBath the winner Thursday after Handel conceded.