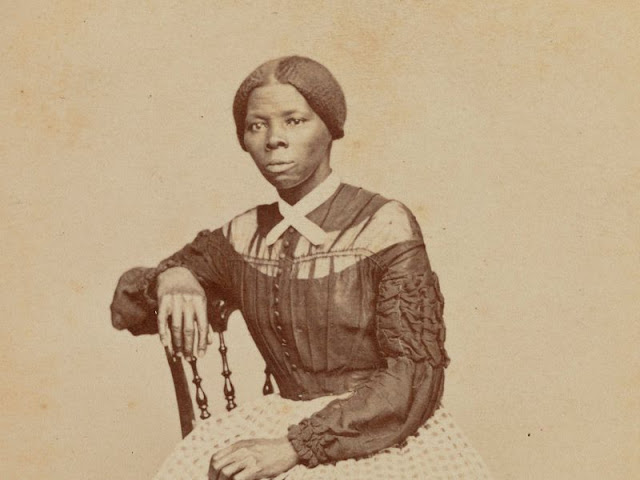 The Smithsonian’s National Museum of African American History and Culture will display—for the first time—the Emily Howland photography album containing a previously unknown portrait of abolitionist and Underground Railroad-conductor Harriet Tubman. The Howland album will be the museum’s first acquisition to be displayed in Heritage Hall, the museum’s main entry hall. It will be on exhibit Monday, March 25, through Sunday, March 31, and then relocated to the “Slavery and Freedom” exhibition on the C3 Level in the museum’s History Gallery.

“This photo album allows us to see Harriet Tubman in a riveting, new way; other iconic portraits present her as either stern or frail,” said Lonnie G. Bunch III, the founding director of the museum. “This new photograph shows her relaxed and very stylish. Sitting with her arm casually draped across the back of a parlor chair, she’s wearing an elegant bodice and a full skirt with a fitted waist. Her posture and facial expression remind us that historical figures are far more complex than we realize. This adds significantly to what we know about this fierce abolitionist—it helps to humanize such an iconic figure.”

A recently announced visitation policy allowing for walk-up entry without passes Monday through Friday starting at 1 p.m. will provide visitors access to viewing the Tubman photograph.