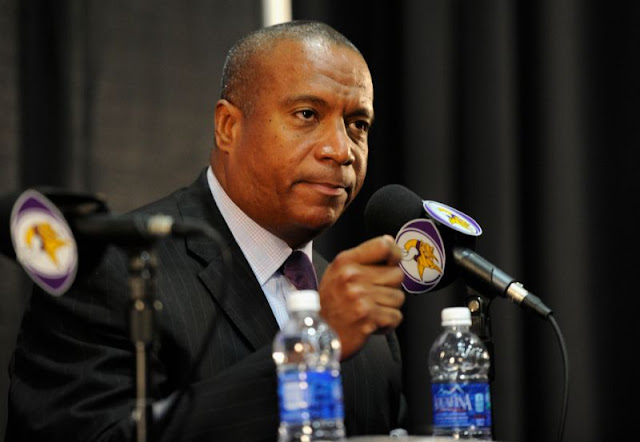 It appears the Big Ten has found its successor to commissioner Jim Delany.

Sources told Yahoo Sports’ Pat Forde and Pete Thamel that Kevin Warren, the Chief Operating Officer of the Minnesota Vikings, is expected to be named the conference’s next commissioner on Tuesday. The Big Ten, whose presidents and chancellors met in their annual meeting on Sunday, announced Monday that it had a Tuesday press conference scheduled to introduce its new commissioner.

The news was first reported by 670 The Score and NFL Network.

Warren, 55, has worked for the Vikings since 2005 and rose up the ranks to COO in 2015, becoming the first African American COO in NFL history and the highest-ranking African American executive working for an NFL team. Warren, who also worked for the Detroit Lions and St. Louis Rams, has an extensive law background and once worked at a law firm with former SEC commissioner Mike Slive.

Warren is set to replace Delany, who announced in March that he would end his term as commissioner when his contract expires on June 30, 2020. Delany has led the conference since his hire in 1989.