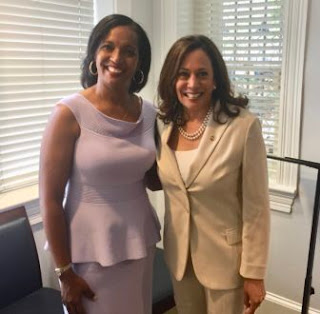 "With her intellect, strength and empathy at the helm, we can work to be better together. Senator Harris has laid out a powerful and bold vision for this country that is inclusive of everyone’s lived experience and grounded in the belief that success should not be defined by race, gender, socioeconomic status or zip code,'' Hayes wrote.

Harris was an early supporter of Hayes, backing for the 5th District seat before she won a primary against former Simsbury First Selectman Mary Glassman to secure the Democratic nomination.