Stacey Abrams open to being a VP candidate 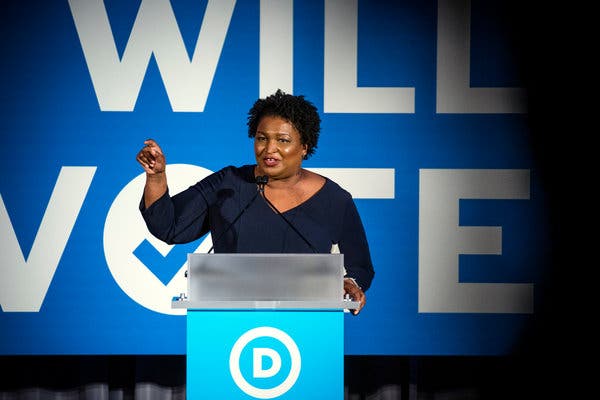 Former Georgia state Rep. Stacey Abrams (D) isn’t running for president in 2020, but she said she’s open to being vice president for any of the candidates.

Abrams, who was narrowly defeated in the Georgia governor race last year by Republican Brian Kemp, told The New York Times that she has no plans to run for Senate or president in 2020 but is “certainly open to other political opportunities.”

When pressed on whether such an opportunity might include the vice presidency, Abrams said she would be “honored to be considered” for the position by any candidate. However, she said her focus at the moment is on the primary and fighting voter suppression.

“In the end, no matter where I fit, no matter which ones of our nominees win, if we haven’t fought this scourge, if we haven’t pushed back against Moscow Mitch and his determination to block any legislation that would cure our voting machines, then we are all in a world of trouble,” she told the Times.