Doug Williams: First Black Quarterback to play in and win a Super Bowl 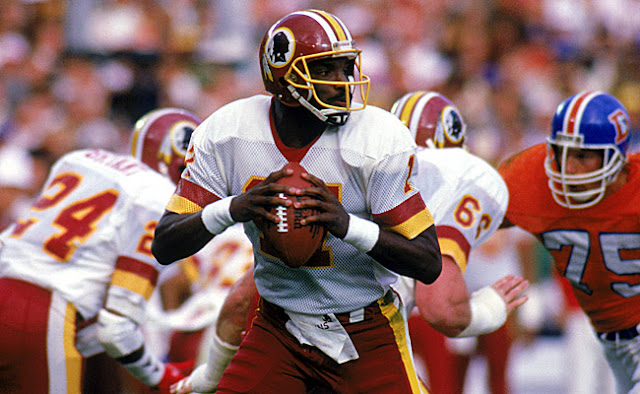 On January 31, 1988, in San Diego, California, Doug Williams of the Washington Redskins becomes the first African American quarterback to play in a Super Bowl, scoring four of Washington’s five touchdowns in an upset 42-10 victory over the Denver Broncos in Super Bowl XXII.

Though he downplayed the race issue of his legacy, telling ABC’s Keith Jackson in a post-game interview that he “didn’t come to the Washington Redskins as a black quarterback,” Williams made history in more ways than one in Super Bowl XXII. His four touchdowns in the first half tied the Super Bowl then-record for most touchdowns thrown in an entire game. Also in the first half, he passed for 306 yards, just 25 short of the Super Bowl record for an entire game. Williams broke the record—set by Joe Montana in Super Bowl XIX—in the third quarter.