'When They See Us' wins 3 NAACP Image Awards 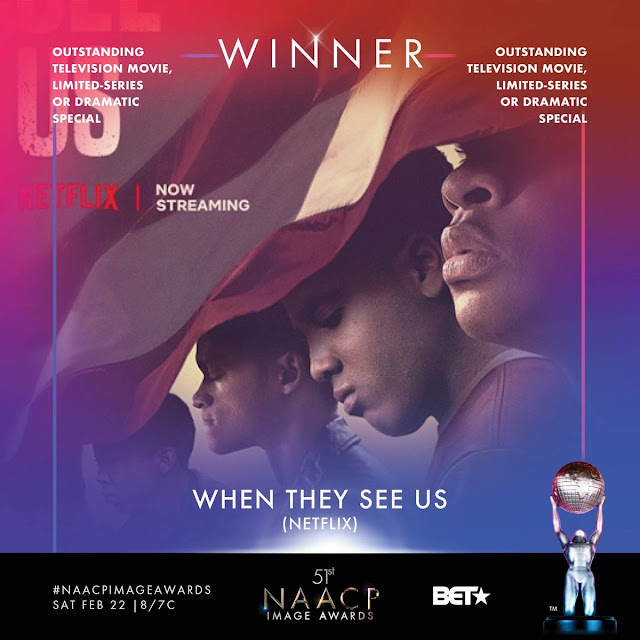 Congratulations to these two supernovas on their NAACP Image Awards wins tonight! Much love the whole WHEN THEY SEE US family! pic.twitter.com/TlyyBZEKIn

On behalf of all involved in this series, we thank the NAACP Image Awards for this honor. https://t.co/g9KRNgXSYp