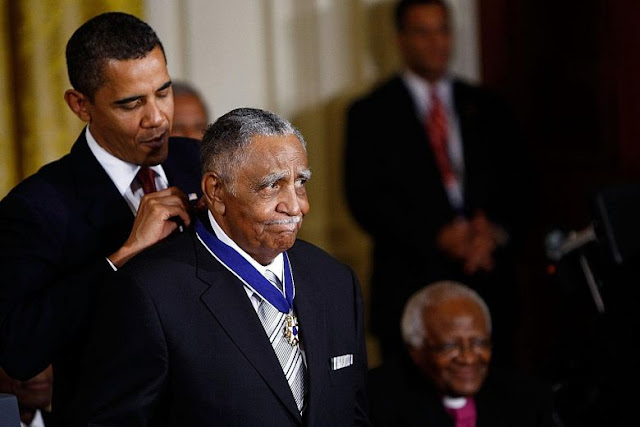 The Rev. Joseph Lowery, who was often called the “dean” of the America's civil rights movement, died Friday at the age of 98.

In 1957, as racial tensions rose across the United States, Lowery helped start the Southern Christian Leadership Conference civil rights organization with King. Their work helped lead to the passage of the Civil Rights Act of 1964, which President Lyndon Johnson signed. Lowery later served as the SCLC's president for more than two decades.

Rev. Joseph Lowery was a giant who let so many of us stand on his shoulders. With boundless generosity, patience, and moral courage, he encouraged a new generation of activists and leaders. Michelle and I remember him fondly today, and our love and prayers are with his family.

What a joy it was to watch him pray and preach. I took heart in him saying, “We ain’t going back. We’ve come too far, marched too long, prayed too hard, wept too bitterly, bled too profusely, and died too young to let anybody turn back the clock on our journey to justice.”

We are grateful for what he did for this country. He carried the baton longer and surer than almost anybody. It falls to the rest of us now to pick it up and never stop moving forward until we finish what he started—that journey to justice.