Dexter Jackson: 2020 Olympia will be my final contest 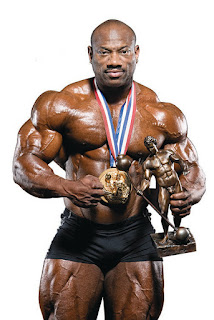 2008 Olympia champion, Dexter Jackson has announced his plans for retirement. In a statement the 50-year old bodybuilder stated that the 2020 Olympia will be his final competitive bodybuilding show.

Jackson will retire having won more bodybuilding competitions than any bodybuilder ever.

"I’VE THOUGHT LONG AND HARD ABOUT HOW I WANT MY CAREER TO END,” SAID JACKSON. “I WANT TO GO OUT ON MY OWN TERMS. I’M STILL CAPABLE OF WINNING ANY SHOW I ENTER AND IN SEPTEMBER I’M TAKING ONE FINAL SHOT AT TAKING HOME A SECOND SANDOW. THE OLYMPIA IS THE GREATEST SHOW IN BODYBUILDING AND I WANT MY FINAL POSEDOWN TO BE ON THAT STAGE IN VEGAS AGAINST THE BEST IN THE WORLD.

“THE 2020 OLYMPIA WILL BE MY FINAL CONTEST, SO I HOPE EVERYONE WHO HAS SUPPORTED ME WILL BE THERE TO MAKE IT SPECIAL.”