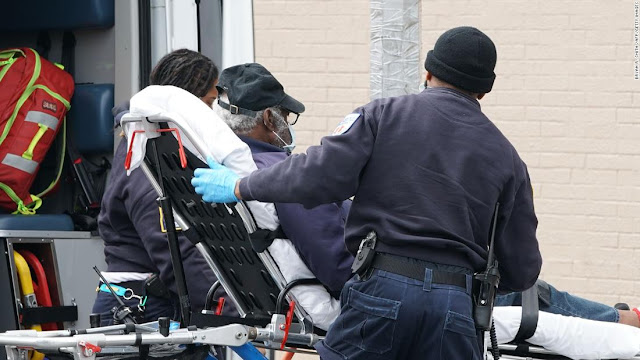 In Illinois, black people make up about 30% of the state's cases and about 40% of its coronavirus-related deaths, according to statistics provided by the state's public health agency. However, African Americans make up just 14.6% of the state's population.

In Michigan, black people account for 40% of the state's reported deaths, according to data released by the state, but its population is only 14% African American.

The World Health Organization has said people with pre-existing conditions like asthma and other chronic lung disorders, diabetes and heart disease appear to develop serious illness more often than others.

That makes the virus particularly dangerous for African Americans, who because of environmental and economic factors have higher rates of those illnesses, said Dr. Summer Johnson McGee, dean of the School of Health Sciences at the University of New Haven.

McGee said she was not surprised the U.S. black population is experiencing a worse outcome during the pandemic. Racism has led to a lack of investment in African American communities and worse health care for the population in general, McGee said.

"A pandemic just magnifies the disparities in healthcare that many communities of color face," she said.