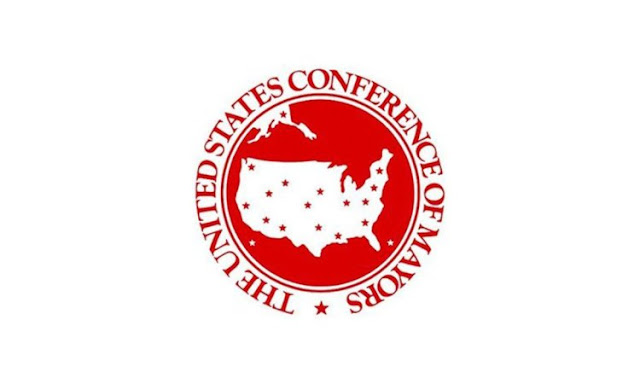 Last month at the U.S. Conference of Mayors’ (USCM) 88th Annual Meeting, the Conference’s Executive Committee unanimously passed a resolution in support of the Commission to Study and Develop Reparation Proposals for African-Americans Act (H.R. 40/S. 1083), introduced by Sen. Cory Booker (D-NJ) and Rep. Sheila Jackson Lee (D-TX). It was one of the first acts of the USCM under new President and Louisville Mayor Greg Fischer. The mayor has pledged to put forward an ambitious agenda entitled American Breakthrough, and this reparations legislation is an important building block of that effort.
President Fischer recently sent a letter to Sen. Booker and Rep. Jackson Lee, reiterating support for the bill and talking about the importance of breaking down systemic barriers to justice and equality. In the letter, President Fischer writes:
“We recognize and support your legislation as a concrete first step in our larger reckoning as a nation, and a next step to guide the actions of both federal and local leaders who have promised to do better by our Black residents.
“Our support of your bicameral legislation is not just an endorsement – it is a resolution. We have resolved to do better for our Black residents by promoting equal rights and opportunity through the implementation of policy reforms at the local level, as well as through our advocacy for action at the federal level.
“This year, the nation’s mayors will work diligently on a national platform known as an American Breakthrough, which will be informed by mayor-led work groups on critical interconnected challenges: Police Reform and Racial Justice; Guiding the COVID-19 Response and Health Equity; Eliminating Poverty; Dismantling Systemic Racism; and Supporting Equitable Economic Recovery. We are committed to doing our role in local government to disrupt systemic racism, which inhibits the realization of a nation of liberty, prosperity, and justice for all.”
The full letter can be found here.

Posted by Councilman George L. Cook III at 9:54 AM