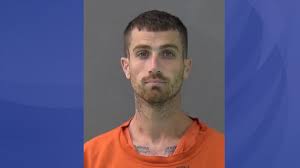 The Justice Department announced today that Shepherd Hoehn, 50, has been charged by criminal complaint in federal district court with one count of violating 42 U.S.C. § 3631 for making threats to intimidate and interfere with his African-American neighbor because of the neighbor’s race and because of his use and enjoyment of his property, as well as two counts of violating 18 U.S.C. § 922(g) for unlawfully possessing firearms.

According to documents filed in connection with the complaint, on June 18, 2020, a construction crew began working at the direction of Hoehn’s neighbor to remove a tree from the neighbor’s property. Upon learning of the tree removal, Hoehn became angry and took several steps to intimidate and interfere with his neighbor and the construction workers. Specifically, Hoehn placed and burned a cross above the fence line facing his neighbor’s property; created and displayed a swastika on the outer side of his fence, facing his neighbor’s property; created and displayed a large sign containing a variety of anti-Black racial slurs next to the swastika; visibly displayed a machete near the sign with the racial slurs; loudly played the song “Dixie” on repeat; and threw eggs at his neighbor’s house. On July 1, 2020, the FBI executed of a federal search warrant at Hoehn’s home. During the search, several firearms and drug paraphernalia were located. Agents also discovered that Hoehn was a fugitive from a case in Missouri and unable to lawfully possess firearms.

An indictment is merely an allegation, and the defendant is presumed innocent unless and until proven guilty. If convicted, Hoehn faces a maximum statutory penalty of up to 10 years in prison and a fine of up to $250,000 for each of the three charged offenses.

This case was investigated by the FBI and the Lawrence Police Department. Assistant United States Attorney Brad Shephard of the Southern District of Indiana and Trial Attorney Katherine DeVar of the Civil Rights Division are prosecuting the case.