Ayanna Pressley to Betsy DeVos: 'I wouldn't trust you to care for a house plant let alone my child 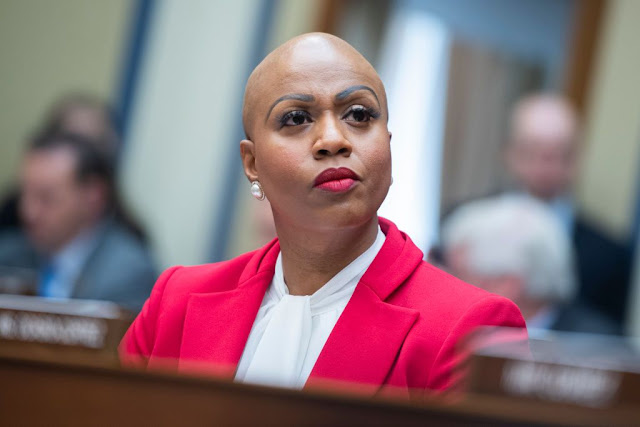 Rep. Ayanna Pressley (D-MA 7th District) took to Twitter to respond to remarks Education Secretary Betsy DeVos made in an interview on CNN’s "State of The Union" early Sunday. During her appearance, she reiterated her call for schools to resume in-person classes in the fall and pushed back on social distancing guidelines from the Centers for Disease Control and Prevention (CDC) recommending children’s time meeting in groups be limited to mitigate the spread of COVID-19.

@BetsyDeVosED you have no plan. Teachers, kids and parents are fearing for their lives. You point to a private sector that has put profits over people and claimed the lives of thousands of essential workers. I wouldn’t trust you to care for a house plant let alone my child. 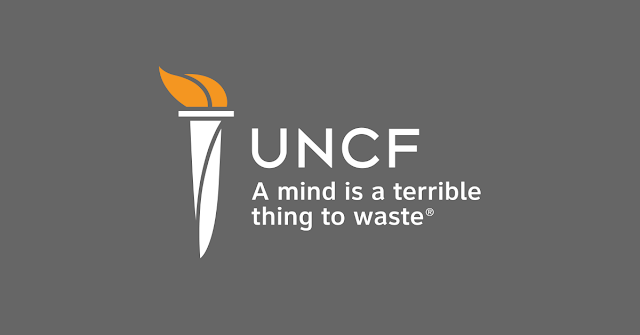 On August 23, UNCF (United Negro College Fund) issued a letter to the White House requesting that the 2017 National HBCU Conference be postponed, given that a new Executive Director of the White House Initiative on HBCUs (historically black colleges and universities) has not been appointed, and the lack of progress on HBCU initiatives. The letter was addressed to Andrew Bremberg, Director, Domestic Policy Council for the White House, and Betsy DeVos, Secretary, U.S. Department of Education. Read that letter below:

On behalf of UNCF and our member historically black colleges and universities (HBCUs), I am writing in regard to the 2017 National HBCU Week Conference sponsored by the White House Initiative on HBCUs and the U.S. Department of Education.

After thoughtful deliberation, UNCF joins with other HBCU advocacy organizations in requesting a postponement of the annual HBCU conference in September sponsored by the White House Initiative on HBCUs, and we ask you to reconsider yesterday’s announcement that the White House will move forward with the conference. At a critical time in our nation, and in the spirit of unity among our HBCUs, we believe this postponement would allow us to work together to develop a common agenda that will serve the best interests of our HBCUs, and especially our students.

UNCF recommends that the White House postpone the HBCU conference in order to focus on appointing an Executive Director of the White House Initiative who has the respect of the HBCU community and establishing this office as part of the Domestic Policy Council, as set forth in Executive Order 13779 signed in February; convening the President's Board of Advisors on HBCUs; and developing a meaningful plan of action with concrete commitments to invest in and advance HBCUs. UNCF previously has provided the Administration with a roadmap for such investments, and we look forward to working with you to identify the highest short-and long-term priorities.

UNCF and our member institutions believe that these actions would best actualize the Administration's commitment to HBCUs in lieu of the convening planned for September. Further, UNCF will not release, as part of the conference, an important national HBCU economic impact study that we have commissioned if the conference occurs as planned.

We make this recommendation in the spirit of sincerely advancing our mutual goals of promoting excellence and innovation at the nation's HBCUs and enhancing their unique educational, economic and civic contributions to the country. 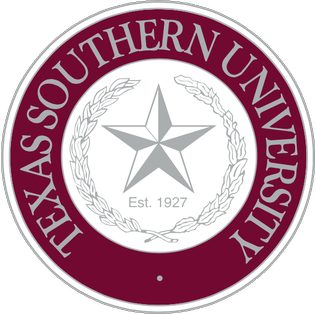 The announcement — two days after Education Secretary Betsy DeVos was booed during a commencement address at a historically black college in Florida — comes in the wake of opposition to the Texas Republican’s appearance by many graduates. A petition signed by some students expressed opposition to Cornyn’s votes for DeVos’ and Attorney General Jeff Sessions confirmations, among other issues.

The Houston-based university released the following statement via Facebook:

Texas Southern University’s number one priority is student success and completion. We are proud to announce that 1,138 students have completed their academic journey and are now positioned to compete on a national level. Commencement exercises are special moments for our students, their families and the entire University. Every consideration is made to ensure that our students’ graduation day is a celebratory occasion and one they will remember positively for years to come. We asked Senator Cornyn to instead visit with our students again at a future date in order to keep the focus on graduates and their families. We, along with Senator Cornyn, agree that the primary focus of commencement should be a celebration of academic achievement. 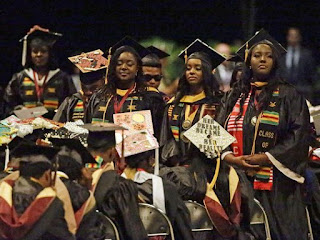 During her commencement speech at Bethune-Cookman University Education Secretary Betsy DeVos learned that although her money may have bought her a cabinet position in Trump's administration, it can't buy her the respect that she seems to think she deserves. The graduating students let her know how they felt about her being there by both booing and turning their back on her.

A leading civil rights group on Monday called for the resignation of top leaders at a historically black university where Education Secretary Betsy DeVos is set to deliver the commencement address.

The NAACP Florida State Conference is urging the university president and board chairman of Bethune-Cookman University in Daytona Beach, Florida, to step down following the announcement of DeVos' speech last week.

The organization is claiming that faculty members have been threatened with termination and students could have their degrees withheld for speaking out against her appearance.

In addition, protests took place last week and more are expected on campus outside the hall where DeVos is scheduled to address those graduating on Wednesday. The anti-Trump group Indivisible, the NAACP Florida Conference and students plan to demonstrate at the event.

University president Edison Jackson has defended the invitation, however, saying it benefits students to hear from those with controversial ideals and differing beliefs.

"If our students are robbed of the opportunity to experience and interact with views that may be different from their own, then they will be tremendously less equipped for the demands of democratic citizenship," he said in a statement posted online.

The university has not responded to the NAACP Florida Conference's call for the leadership to step down.

An online petition with over 6,000 supporters wants to stop DeVos from delivering the commencement speech, charging the secretary had reduced consumer protections for student loan repayment plans and amnesty programs -- something many of the Bethune-Cookman's students depend upon.

Posted by Councilman George L. Cook III at 5:30 AM No comments: 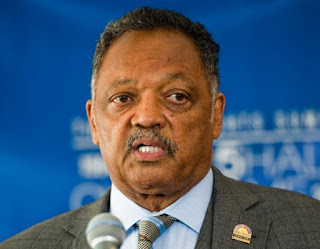