Rep Karen Bass: The trial for the murder of Ahmaud Arbery is “off to a bad start.” 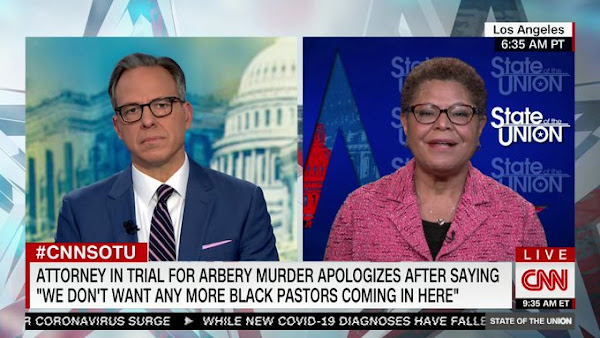 While on CNN's State of the Union Democrat Rep. Karen Bass told host Jake Tapper that the trial for the murder of Ahmaud Arbery is “off to a bad start.”

On #CNNSOTU Democratic @RepKarenBass tells CNN’s @jaketapper that the trial for the murder of Ahmaud Arbery is “off to a bad start.” https://t.co/iGiPI495S6 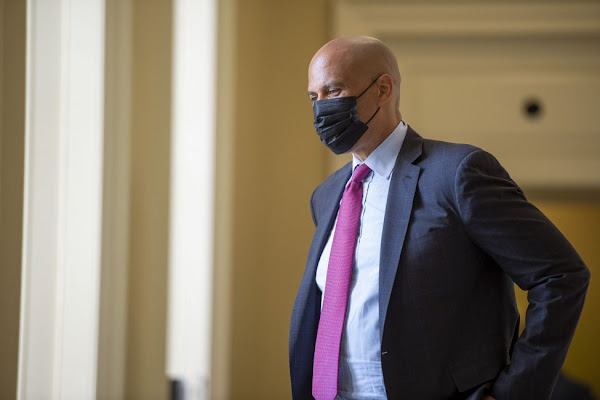 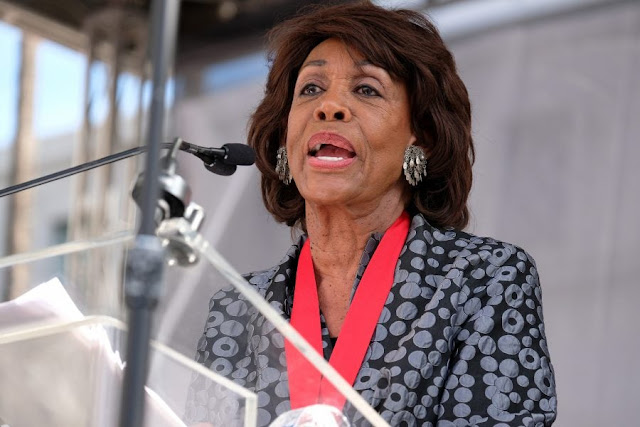 “Let me guarantee you this, based on everything that I know and understand, and the help that [Biden] has already gotten from the Black community…he can’t go home without a Black woman being VP,” Waters said confidently. “We’re going to have a Black woman VP.”

Of course, Biden has yet to confirm his choice even as the Democratic National Convention draws closer, and more and more Americans continue to watch with a close eye as he is the presumptive nominee.

Posted by Councilman George L. Cook III at 10:26 AM No comments:

Rep. Karen Bass being vetted to be Biden running mate 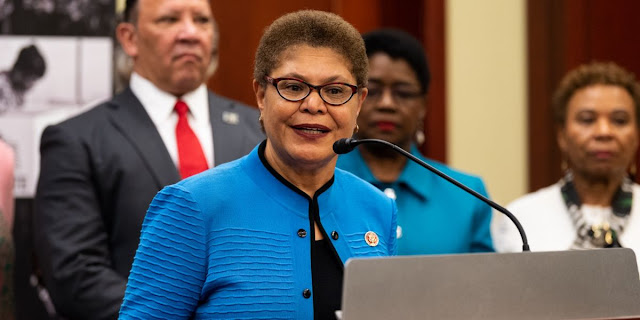 Congresswoman Karen Bass, chair of the Congressional Black Caucus, is undergoing vetting as a candidate to be Joe Biden's running mate, CBS News has learned according to sources familiar with the process.

The five-term congresswoman represents Los Angeles and endorsed Biden for president in mid-March.

It is not immediately clear where Bass stands in the vetting process but her name has been floated for consideration by powerful Democrats like House Majority Whip James Clyburn. "Karen Bass would be a big plus…she is a great person in my mind, I work with her every day," Clyburn told CNN in June when asked about Biden's vetting process.

Bass' vetting comes as pressure builds on Biden to pick a woman of color to join him on the ticket.

From her perspective, Bass told Garrett she "would certainly like to see" a woman of color chosen as Biden's running mate but added it was not "imperative."

Neither Bass' congressional office nor Biden's campaign immediately responded to a request for comment.

Posted by Councilman George L. Cook III at 6:57 AM No comments: 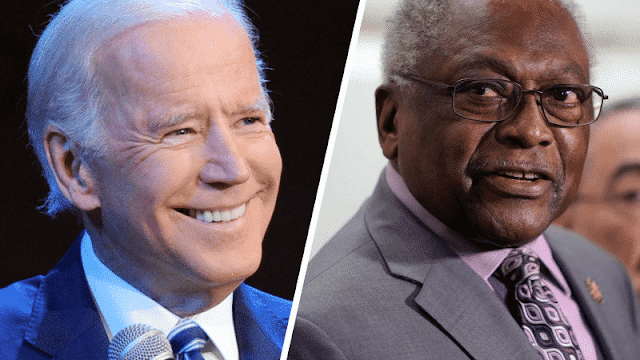 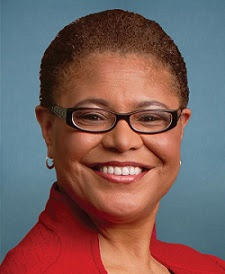 Posted by Councilman George L. Cook III at 11:46 AM No comments: 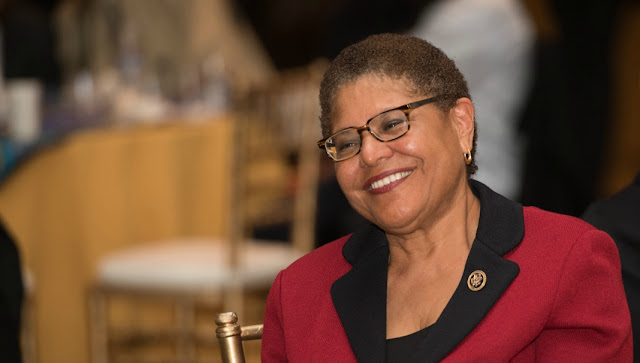 “From her days in the California General Assembly where she became the first African-American woman in U.S. history to lead a state legislative body, to her work in Congress to address both domestic and international issues affecting people of African descent, Congresswoman Bass has demonstrated tried and true leadership,” said outgoing CBC Chair Cedric L. Richmond (D-LA-02). “I commend Congresswoman Bass on becoming the new chair of the Congressional Black Caucus. There’s much work to be done next Congress to ensure equality and justice for African Americans and other marginalized communities, and I am confident Congresswoman Bass will continue to provide strong leadership in this regard.”

The new CBC executive committee will assume office on the first day of the 116th Congress.

Posted by Councilman George L. Cook III at 10:08 AM No comments: 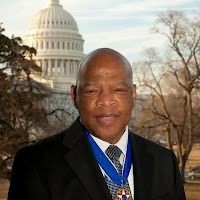 Today Republicans passed a healthcare bill in the House of Representatives with many not having even read it, and it not being scored by the Congressional Budget Office. Not many House Democrats were happy about it and black members of the House such as John Lewis and Bonnie Watson Coleman took to Twitter to vent about it. Read those post below.


Never have I seen legislative action that reveals such clear disdain for the human dignity of the most vulnerable among us.
— John Lewis (@repjohnlewis) May 4, 2017


Not going to sugarcoat it - this #Trumpcare bill is astonishingly evil. One of the worst bills I’ve seen in all my years in Congress.
— Rep. Barbara Lee (@RepBarbaraLee) May 4, 2017


This is shameful, despicable, and #unAmerican. My fight to #ProtectOurCare is not over. Not at all. Not ever. https://t.co/FduGQSrbXc
— Bonnie WatsonColeman (@RepBonnie) May 4, 2017


52 years in the House, and I can't recall such a blatant sell out of the American people for insurance companies
— John Conyers, Jr. (@RepJohnConyers) May 4, 2017


The fate of healthcare now rests in the Senate’s hands to protect the coverage of millions. Know that our fight continues. pic.twitter.com/4twQk9gQ4e
— Congressmember Bass (@RepKarenBass) May 4, 2017

Are you aware of the Congressional Black Caucus and what they do?

Recently Marcia Fudge a congresswoman from Ohio opined that African americans don't support the Congressional Black Caucus (CBC ). That got me to wondering how many African Americans know of the Congressional Caucus or what they do. So I ask you are you aware of the CBC?

Since its establishment in 1971, Members of the Congressional Black Caucus have joined together to empower America’s neglected citizens and to address their legislativeconcerns.For more than 40 years, the CBC has consistently been the voice for people of color and vulnerable communities in Congress and has been committed to utilizing the full Constitutional power, statutory authority, and financial resources of the Government of the United States of America to ensure that everyone in the United States has an opportunity to achieve their version of the American Dream.