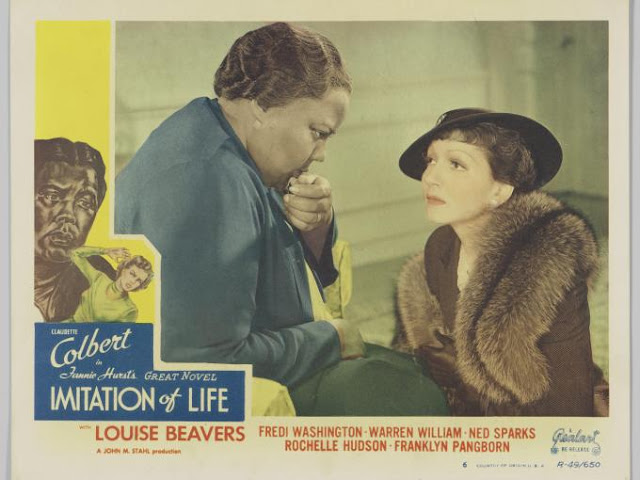 Exhibition About African American Movie Posters On View Through Nov. 1, 2020.

“Now Showing: Posters from African American Movies” opened at the Smithsonian’s National Museum of African American History and Culture, Nov. 22. The temporary exhibition will be on display until November 2020. It showcases how movie poster design has been used to frame ideas, create moods and stoke interest in films and characters. More than 40 objects and graphics celebrating black films, filmmakers and actors from the museum’s expansive poster collection will be on display in the Earl W. and Amanda Stafford Center for African American Media Arts (CAAMA) gallery.

“Now Showing” is the first exhibition in the National Museum of African American History and Culture to feature augmented reality (AR). Through AR, visitors will have the unique opportunity to have an interactive experience with objects inside the gallery by using their mobile devices. Once inside the exhibition, visitors will go to hi.si.edu on their mobile web browser from their smart device and view exclusive content on various objects inside the exhibition.

Many of the items featured in “Now Showing” are from the Larry Richards Collection, a poster collection acquired by the museum in 2013 that includes more than 700 objects. This exhibition features original posters, lobby cards and select ephemera highlighting more than 70 years of African American image making.

The exhibition is divided into four sections: Film Pioneers, The Problem of the Color Line, A Star Is Born and Black Power & “Blaxploitation”. Each thematic category highlights the role African American films have played on the perception of African American culture and society as a whole.

“Film can serve as a peek into ideals about culture and society,” said Rhea L. Combs, curator and head of CAAMA. “This exhibition introduces visitors to films featuring African Americans they may be less familiar with, and at the same time, it recognizes some of the most historically and culturally relevant films made over a 70-year period. The significant artistry and design work that goes into creating not only the films, but the posters that promote the films, are not to be underestimated. When one explores the long-standing history of African American images on screen, these posters become significant artifacts about the perception and perspective of race, gender and culture that have been a part of our social landscape for decades.”

In the first section of the exhibition, Film Pioneers, visitors can view some of the earliest influencers in African American cinema, like actors Laurence Criner, Ralph Cooper and Lena Horn. This section also examines how non-black filmmakers created content for patrons excited to see black performers on the silver screen. The Problem of the Color Line examines the phenomena known as “passing,” where a mixed-race person passes as an accepted member of another racial group to avoid discrimination. A Star Is Born shows how increased interest in films helped create celebrities, increased representation in films and instilled a sense of pride in black communities across the country due to increased number of African Americans appearing in this new medium. The exhibition concludes with Black Power & “Blaxploitation,” which highlights the rise of movies geared toward black audiences in the 1960s–70s. During this era, Blaxploitation films centered around black casts and were usually set in and around urban environments. These films often brought black communities together by promoting black empowerment and breaking down racial barriers.

For the first time at the museum, AR will play a role in the exhibition experience. Visitors can interact with eight select posters and learn more about the objects using their mobile devices. The feature will use video and other pop-up displays to educate visitors on the objects in the gallery—creating a unique, one-of-a-kind experience.

“Now Showing: Posters from African American Movies” is in the museum’s CAAMA gallery, a temporary exhibition space located on the second floor. The public can be a part of the online conversation by using #CAAMALens.

Since opening Sept. 24, 2016, the National Museum of African American History and Culture has welcomed more than 6 million visitors. Occupying a prominent location next to the Washington Monument on the National Mall in Washington, D.C., the nearly 400,000-square-foot museum is the nation’s largest and most comprehensive cultural destination devoted exclusively to exploring, documenting and showcasing the African American story and its impact on American and world history. For more information about the museum, visit nmaahc.si.edu, follow @NMAAHC on Twitter, Facebook and Instagram, or call Smithsonian information at (202) 633-1000.

Posted by Councilman George L. Cook III at 10:56 AM No comments:

The 23rd annual American Black Film Festival will be held in Miami Beach June 12–16, 2019. Learn more, get passes and tickets here: http://www.abff.com/
The American Black Film Festival (ABFF) is an annual event dedicated to empowering black artists and showcasing quality film and television content by and about people of African descent. Committed to the belief that diverse artists deserve the same opportunities as their mainstream counterparts, ABFF founder Jeff Friday conceived the festival in 1997 as a vehicle to strengthen the black filmmaking community by encouraging resource sharing, education and artistic collaboration. He ultimately envisioned it as a cornerstone of diversity in Hollywood.
For more than two decades the festival has been a platform for emerging black artists — premiering the early work and showcasing the talent of many of today’s most successful actors, producers, writers, directors and stand-up comedians — including Halle Berry (Monsters Ball), Ryan Coogler (Black Panther), Anthony Anderson (Black-ish), Will Packer (Girls Trip), Issa Rae (Insecure), Kevin Hart (Night School), Kerry Washington (Scandal), Omari Hardwick (Power) and Steven Caple Jr. (Creed II). ABFF is the pre-eminent pipeline for black artists in front of and behind the camera, and has significantly expanded the range of talent working in entertainment.
As “the nation’s largest gathering of black film and television enthusiasts” the festival attracts a broad audience of A-list talent, emerging artists, upscale consumers and industry stakeholders. Approximately 7,000 to 10,000 people travel to Miami Beach each year for the event. The five-day festival opens with the premiere of an upcoming Hollywood release followed by independent film screenings, master classes, panels, celebrity talks, live entertainment, and a variety of networking and hospitality events.
The ABFF’s dynamic programming continues to evolve. In recent years, it has extended beyond the inclusion of television-related content to launch the Business of Entertainment seminar series co-programmed with leading media and technology companies.
In 2017, the ABFF launched its Greenlighters Academy, a pipeline program for students attending Historically Black Colleges and Universities with an interest in pursuing corporate careers in film, television and entertainment media. The 2019 festival will introduce About Women, a global initiative focused on empowering and inspiring women of color in the film and television industry. ABFF will also unveil a new section showcasing films based on cause-related topics impacting communities of color.
The American Black Film Festival is a property of ABFF Ventures LLC (ABFFV), a multifaceted entertainment company specializing in the production of live events, television and film focused on African American culture. Headquartered in Los Angeles, the company is a joint venture of Film Life Inc. and Black Enterprise, two prominent media and event companies, each with legacies of showcasing the best of African American culture and achievement. 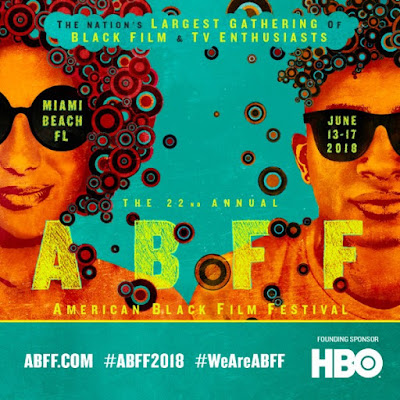 Be a part of the American Black Film Festival (ABFF®) experience. From June 13 through 17, 2018, join our community of artists, executives and industry tastemakers who gather each year in Miami Beach to showcase emerging talent, celebrate Black culture and create opportunities for people of color to achieve success in the entertainment industry. Enjoy five action-packed days of red carpet premieres, master classes, celebrity conversations, tech talks, exclusive parties and more. ABFF® is at the forefront of diversity in Hollywood and continues to inspire generations of new artists and storytellers! Be a part of this coming summer’s hottest event.

The American Black Film Festival (ABFF) is an annual event dedicated to showcasing quality film and television content by and about people of African descent. Founded by Jeff Friday, it supports emerging artists to foster a wider range of images, stories and storytellers represented in the entertainment industry. The ABFF is committed to the belief that Black artists deserve the same opportunities as their mainstream counterparts, and is recognized as a vital pipeline for Black talent in front of and behind the camera. Annually held during the month of June, the festival is comprised of five action-packed days of films, engaging panels, networking events and more…from the star-studded opening night screening to the inspirational closing filmmaker ceremony.

Since its inception in 1997, the festival has been held in several locations — from Acapulco, Mexico, to Miami, Florida. The festival is today the nation’s largest gathering of Black film and TV enthusiasts, with approximately 10,000 attendees. The 22nd annual ABFF will take place in Miami Beach, June 13-17, 2018. The Founding and Presenting Sponsor is HBO®.

The ABFF encourages and rewards artistic excellence, providing a platform for more than 1,000 narrative feature films, documentaries, shorts and Web originals. Alumni success stories range from veteran producer Will Packer (Ride Along, Think Like A Man) to young auteur Ryan Coogler (Creed, Fruitvale Station) – testimony to the festival’s mission to introduce and connect talented newcomers to the industry at large.

The festival traditionally opens with a Hollywood movie premiere, followed by independent film and television screenings. In addition, each year the ABFF presents over 30 exciting events and networking activities designed to educate, nurture career development and inspire festival attendees. In 2016, the ABFF worked to find new ways to spotlight female filmmakers. In 2017, the festival focused on educating festivalgoers about career opportunities within the business and innovations in entertainment technology. In 2018, we are pleased to announce the return of the Careers in Entertainment Center, offering master classes, tech talks and careers in entertainment sessions by leading media companies , along with our traditional lineup of entertainment, celebrity conversations and talent discovery programs co-programmed with our partners HBO, Comcast NBCUniversal, Turner and TV One.

The Best Man Wedding gets a release date 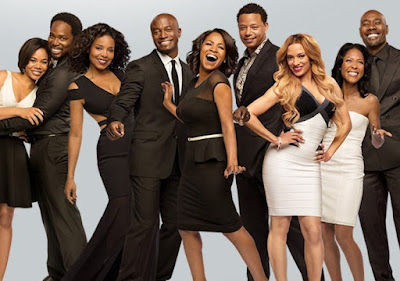 Universal Pictures’ THE BEST MAN WEDDING will be released on Friday, April 15, 2016

About THE BEST MAN WEDDING

The cast of THE BEST MAN series returns to celebrate the group’s most unexpected wedding to date. Malcolm D. Lee again writes and directs the third film in his signature hit series, and Sean Daniel ("The Best Man Holiday") returns to produce THE BEST MAN WEDDING alongside Lee. 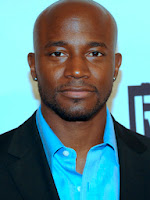 Whether a studio decides to proceed with a black-oriented film can depend on the success of other movies with primarily African-American casts, even if the projects are unconnected, said Diggs, who starred in "The Best Man" romantic comedy and its sequel.

In a recent interview, the actor said he and others who worked on the "Best Man" movies are eager to start on a third. But its fate is tied to how other black-oriented films, including the upcoming "Think Like a Man Too," perform at the box office, he said.

"Unfortunately, the business is such that as far as studios are concerned, they judge one quote-unquote black movie on how other 'black' movies have done, even if they have nothing to do with each other," he said.

Posted by Councilman George L. Cook III at 5:31 AM No comments: