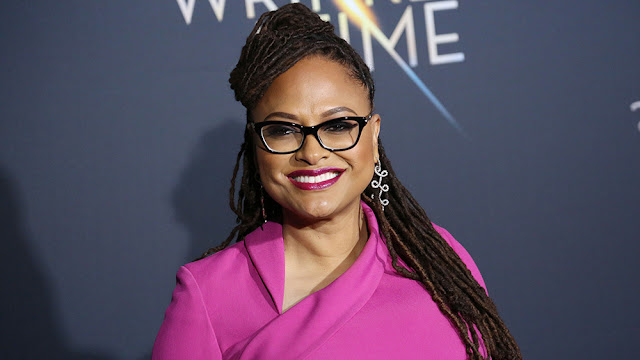 Posted by Councilman George L. Cook III at 11:32 AM No comments:

(Black PR Wire) NEW YORK,  – The American Black Film Festival (ABFF) recently announced that the 21st annual event will be held in Miami, June 14-18, 2017. In addition to the best of Black film and TV, the five-day festival will offer an innovative program with new experiences, including The Byron Lewis Careers in Entertainment Center, a multi day educational forum with lectures led by industry experts to provide insight into job opportunities in front of and behind the camera at studios and networks; and ABFF Immersive, where festival goers are introduced to virtual reality, 360° video and immersive storytelling through panel discussions, hands-on demos and immersive experiences that demonstrate how technology can impact storytelling. HBO, the ABFF’s founding and presenting sponsor, will be marking the 20th anniversary of the widely acclaimed HBO Short Film Competition at the festival.
Festival passes go on sale November 1 at www.abff.com, providing three different levels of access to festival screenings, official and premium events. Questions regarding registration may be directed to info@abffventures.com.
Submission rules and complete eligibility criteria for feature-length films, documentaries, shorts and web originals will be available at www.abff.com November 1.

On Sunday (March 20), Parker announced the Nate Parker School of Film and Drama, which will launch this fall at Wiley College, an historically Black college or university (HBCU).

“If I can create a pipeline toward filmmaking physically through developing the college, having filmmakers be nurtured and cultivated here, and then having somewhere for them to go with respect for them actually being able to engage in filmmaking here in East Texas, then it kind of serves multiple purposes,” Parker told local station KLTV. “You control the moving picture, you control the masses. So really getting them rallied around the idea of reclaiming the narrative of America, specifically through the eyes of people of color.”

Though classes won’t officially start until this fall, the school will host a nine-day summer institute with about 30 high school and college students. Parker has also joined the college’s board of trustees, and local station KLTV reports that he even used the Marshall, Texas, institution’s a capella choir on the soundtrack for his Sundance recordbreaking film “The Birth of a Nation.”

Believe it or not the just released film Selma is the first feature film about the American icon. Also even more unbelievable is that the movie can not use the great speeches by Martin Luther King Jr. You read right, due to legal restrictions prevented “Selma,” the first feature film to be made about Martin Luther King Jr., from using his magnificent speeches.

The speeches delivered by Dr. King are property of his family’s estate, which licensed them in 2009 to DreamWorks and Warner Bros. for a biopic that Steven Spielberg hopes to eventually produce.

Posted by Councilman George L. Cook III at 8:26 AM No comments:

Successful African American director Antoine Fuqua who has directed box office successes such as Training Day and Olympus has Fallen, has his first 100 million dollar grossing film with The Equalizer. To date the film has grossed $100,147,595 domestically. The film has also made $90,800,000 on the international front.

The film stars Denzel Washington which no doubt helped its box office fortunes. But as he has shown with Olympus has Fallen Fuqua is a great action director so he deserves a lot of the credit here. Congrats to Mr. Fuqua.

Mr. Fuqua's next film is Southpaw. The film focuses on a boxer who fights his way to the top, only to find his life falling apart around him. The film stars Forest Whittaker, Naomi Harris, and Jake Gyllenhaal.

Posted by Councilman George L. Cook III at 9:18 AM No comments: