Muhammad Ali "The Greatest" dead at 74 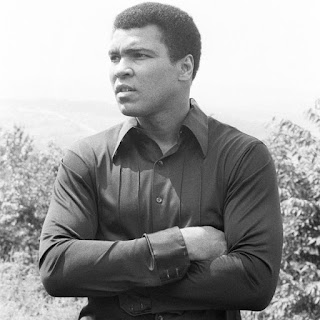 He was fast of fist and foot -- lip, too -- a heavyweight champion who promised to shock the world and did. He floated. He stung. Mostly, he thrilled, even after the punches had taken their toll and his voice barely rose above a whisper.

He was "The Greatest."

Muhammad Ali died Friday, according to a statement from his family. He was 74.

Ali's funeral will be held in his hometown of Louisville, with further details expected to be released Saturday morning, spokesman Bob Gunnell said. The city has scheduled a memorial service for 10 a.m. ET Saturday, and flags there will be put at half-staff in the morning.

Posted by Councilman George L. Cook III at 7:37 AM