Some black business owners strain to sell to black consumers 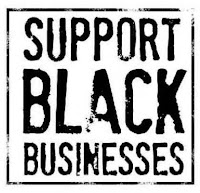 When Terina McKinney displays her leather bags and belts at events attended primarily by black women, they are often interested in her designs, and in her experience as an African-American business owner. But she seldom makes sales.

“They all ooh and ahh and ask a ton of questions, but don’t necessarily make purchases,” says McKinney, whose Jypsea Leathergoods products range from $20 to $325. Instead, her customers tend to be white or Asian women. While calls have been increasing for black consumers to support black-owned businesses with their buying power estimated at more than $1.2 trillion a year, social media campaigns with momentum like (hash)buyblack are relatively new. And McKinney’s frustration is shared by some other black business owners who say they can find it hard to sell to black consumers.

The factors can be logistical or practical, such as being located farther away or having higher prices than big chain stories, retail experts and civic leaders say. Scarcity can be a reason: It can be hard to find businesses owned by African-Americans. But other considerations might be emotional, like wanting a trendy design everyone is wearing, or the perception that national brands are better.

“There’s a myth that’s been placed on our communities for many generations: White people’s ice is colder. White businesses are superior to black businesses,” says Ron Busby, president of the U.S. Black Chambers, a national business organization for black-owned companies. “We have to change that mentality. We have to be better, conscientious consumers.”