Congressional Black Caucus has had it with Trump, plans to discuss impeachment 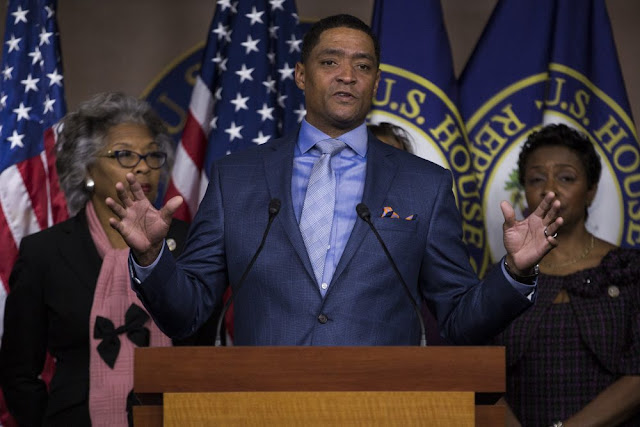 The Congressional Black Caucus, a formidable bloc of lawmakers with a big say in the fate of President Donald Trump and his legislation, on Monday (Aug. 21) sent him a terse, clear message: We don't think you understand us at all. Its chairman, Rep. Cedric Richmond, D-New Orleans, urged cancellation of next month's highly anticipated meeting between White House officials and leaders of the nation's historically black colleges, and he said he plans to have the 49-member caucus discuss whether to back Democratic-led efforts to impeach Trump.

Richmond said the president's remarks after the deadly Aug. 12 protest in Charlottesville, Va., show he has no commitment to the schools or to African Americans. Richmond said the caucus was outraged by Trump's assertion of "blame on both sides" for the violent Charlottesville rally dominated by neo-Nazis and white supremacists.

"You can make an argument based on pure competency and fitness to serve, and that's the conversation the caucus will have," Richmond told reporters in a conference call. The caucus includes 46 House Democrats, Rep. Mia Love, R-Utah, and Democratic Sens. Kamala Harris of California and Sen. Cory Booker of New Jersey.

Read more: Congressional Black Caucus has had it with Trump, plans to discuss impeachment