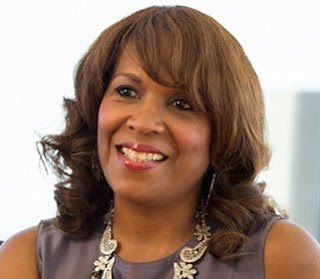 The National Hockey League announced that Kim Davis has been named Executive Vice President, Social Impact, Growth Initiatives & Legislative Affairs. Ms. Davis will join the NHL on Dec. 4, and will be based in the League's New York office, reporting to Commissioner Gary Bettman and collaborating across the League's clubs and stakeholders.

Ms. Davis is a highly respected leader in the corporate and philanthropic community, and joins the NHL from leading CEO advisory firm Teneo. As a Senior Managing Director, she built and ran the firm's Corporate Responsibility and Inclusive Leadership practice, advising CEOs and Fortune 500 companies daily.

Prior to Teneo, Ms. Davis enjoyed a 20-plus year career at JPMorgan Chase, where she most recently served as Managing Director of Global CSR, President of the JPMorgan Chase Foundation and as a member of the firm's Executive Committee. Her responsibilities included leading and managing approximately $300 million in annual giving, employee and civic engagement, and strategic corporate marketing sponsorship programs.

"Kim's professional experience uniquely qualifies her to ensure that our League is continuing to improve lives and strengthen and build vibrant communities through hockey as well as provide a safe, positive and inclusive environment for anyone associated with our League," said Commissioner Bettman. "We are thrilled to have Kim join the NHL family."

"The impact of sports on community development can be powerful," said Ms. Davis. "Sport can, and does, make a profound and positive impact on individuals, communities and has the opportunity to drive positive social change. Having had the privilege of advising the NHL on its CSR practices, I've experienced an organization that is truly committed to contributing positively to society and fostering inclusiveness. I'm looking forward to advancing the League's mission and working with Commissioner Bettman and the executive leadership team to help drive the continued growth and success of the NHL."

Ms. Davis' passion for equity and leadership led her to build the first women of color affinity group at Chase Manhattan Bank, developing a mentoring program for senior women that became an industry best practice in investment banking, and later developing the initial corporate sponsorship model for Women Moving Millions.

Ms. Davis has been named to The Business Journal's 100 Most Influential Women and Fast Company's 100 Most Creative People in Business. In 2012, she was profiled with First Lady Michelle Obama in Essence magazine's "28 Most Influential Black Women in America.