VIDEO: Oprah Winfrey campaigning with and for Stacey Abrams 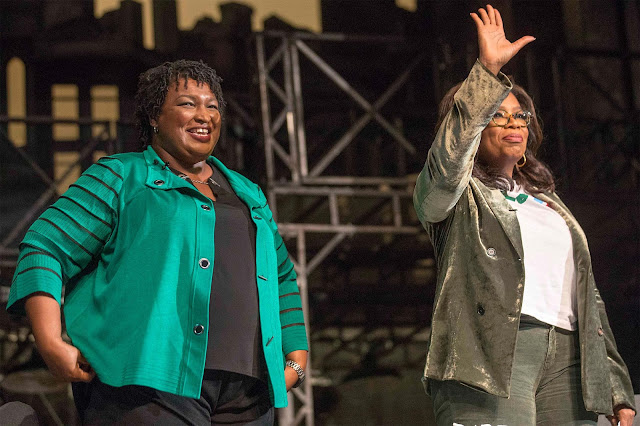 Billionaire media mogul Oprah Winfrey joined Democratic gubernatorial candidate Stacey Abrams at a campaign rally in Marietta Georgia. Winfrey, who took the stage to booming applause, said she wanted to come to Georgia to support Abrams because she saw how Abrams is "handling herself" amid an onslaught of "haters."

Watch the entire rally below: