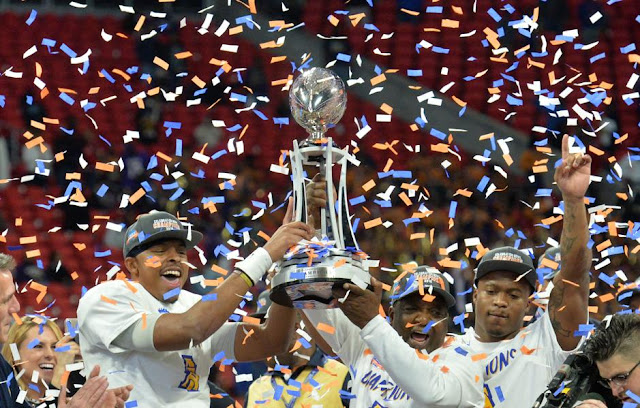 An HBCU dynasty is born!

The Aggies were led by senior Quarterback Lamar Raynard passed for 292 yards and two touchdowns. Wide receiver Malik Wilson did his part on special teams by returning a kickoff 79 yards for a touchdown to help seal the game for Carolina A&T.

Rayard will finish his football career with a record of 35-2 as a starter.